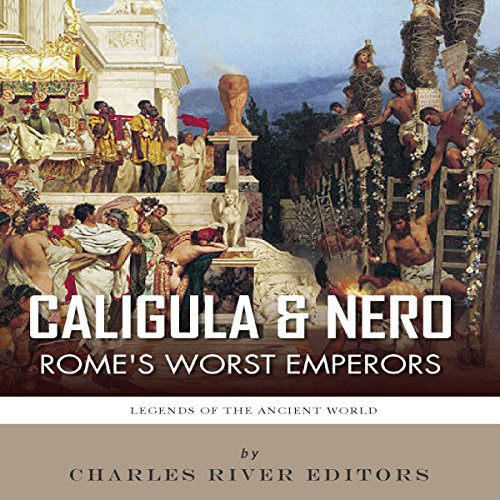 Given how bad some of Rome's emperors were, it's a testament to just how insane and reviled Caligula was that he is still remembered nearly 2,000 years later as the epitome of everything that could be wrong with a tyrant. The Romans had high hopes for him after he succeeded Tiberius in 37 AD, and by all accounts he was a noble and just ruler during his first few months in power. But after that, he suffered some sort of mysterious illness that apparently rendered him insane. Indeed, the list of Caligula's strange actions is long. Among other things, Caligula began appearing in public dressed as gods and goddesses, and his incest, sexual perversion, and thirst for blood were legendary at the time, difficult accomplishments considering Roman society was fairly accustomed to and tolerant of such things.

In fact, the Romans were so taken aback by some of Caligula's behavior that historians catalogued some of his strangest antics. Suetonius wrote that as Caligula's relationship with the Senate deteriorated, he ordered that Incitatus be made a member of the Roman Senate and a Consul. Incitatus, Latin for "swift", was Caligula's favorite horse. But far from simply being a way to stick it to the Senate, Caligula invited guests to dine with Incitatus and had the horse's stables made of marble, suggesting Caligula was simply mentally unstable himself.

Nero ranks among the very worst of the Caesars, alongside the likes of mad Caligula, slothful Commodus, and paranoid Domitian, a figure so hated that, in many ancient Christian traditions, he is literally considered the Antichrist. According to a notable Biblical scholar, the coming of the Beast and the number 666 in the Book of Revelation are references to Nero. He was the man who famously "fiddled while Rome burned", an inveterate lecher, a murderous tyrant who showed little compunction in murdering his mother and who liked to use Christian martyrs as a source of illumination at night by burning them alive.

This was a good primer, but personally I would’ve liked more meat. These two characters were absolutely crazy to read about and I found myself shocked how fast the book went by. I would’ve liked to of heard a bit more expression and inflection on the part of the reader as well.