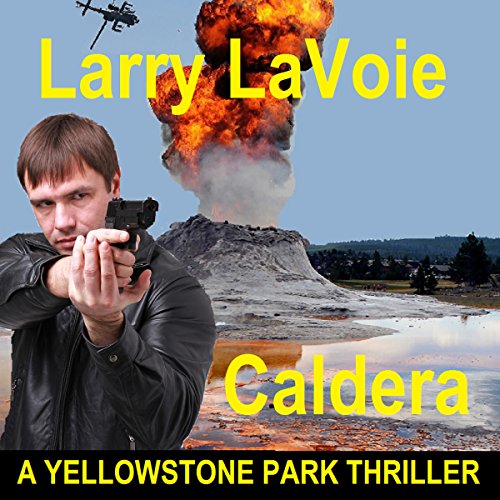 Six-hundred-thousand years ago, the largest volcano in the Western Hemisphere erupted covering much of what is now the Central United States in a thick layer of ash. The cataclysm left behind a massive caldera that today is known as Yellowstone National Park.

After volcanologist Milton Bainbridge is found dead under mysterious circumstances, USGS volcanologist Jason Trask is called in from overseas to replace his former boss and work at Yellowstone Park with Bainbridge’s assistant Carlene Carlson. Trask and Carlson discover records in Bainbridge’s computer that indicate Yellowstone is about to erupt again, only this time the survival of millions of Americans in 13 states is threatened if they cannot be evacuated from the deadly path of the fallout. To make matters worse, a terrorist organization is planning on using the disarray in the aftermath of a Yellowstone eruption to topple the government of the United States. Trask and Carlson face off against a government that doesn't believe an eruption is eminent and a terrorist organization preparing to use that denial to their advantage.

Caldera is filled with technical accuracy in the lives of volcanologists assigned to Yellowstone National Park and the challenges they face when presented with the reality of a national disaster of unimaginable proportions.

What listeners say about Caldera

Narrator is good...inflection is OK...easy to listen to.... Interesting way he narrates....it sounds like he has a pipe in his mouth.

If you could sum up Caldera in three words, what would they be?

I enjoyed this book SO much that I didn't want to put it down!the storyline of yellowstone going to erupt and the magnatude of what that could mean is compelling.A well written storyline with characters who you care about.The narrator,Michael Lesley was wonderful!A MUST read!

The story itself was good and while Yellowstone being a super volcano is not unique I think the terrorist plot addition may be.
I was disappointed with the production quality especially starting at chapter 10. I could believe that the overlapping voices and echo were a download error but I'm not sure that was it. Then there was the narration....between the choppy dialogue and the continuous long pauses after nearly every sentence making one think the story had stopped (both of which only got worse after chapter 10), it was exasperating.
After a while the story became rather predictable but it was still good, just wish the narration and production had been up to par.

I so wanted to love this book. It read so much like an amazingly pitched first story. Great original story concept, great narrator , well written with appropriately placed plot crescendos.

However, the storyline became way too contrived and lost me in the details.

I thought the narrator was fantastic! His voice is clear, well modolated, Amd enthusiastic. I will look from books that he has narrated.

If i could make some recommendations, I would change the cover-"man" on cover doesn't look like the Jason I pictured and the exploding volcano is cheesyy. Also the sleeves book description made me think this book was dystopian ,

Which it was not.