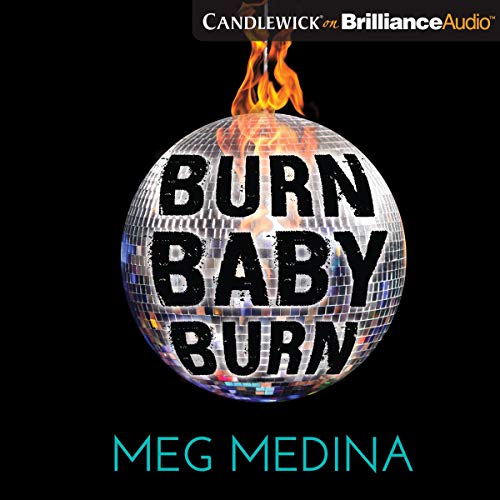 By: Meg Medina
Narrated by: Marisol Ramirez
Try for £0.00

While violence runs rampant throughout New York, a teenage girl faces danger within her own home in Meg Medina's riveting coming-of-age novel.

Nora Lopez is 17 during the infamous New York summer of 1977, when the city is besieged by arson, a massive blackout, and a serial killer named Son of Sam who shoots young women on the streets. Nora's family life isn't going so well either: her bullying brother, Hector, is growing more threatening by the day, her mother is helpless and falling behind on the rent, and her father calls only on holidays. All Nora wants is to turn 17 and be on her own. And while there is a cute new guy who started working with her at the deli, is dating even worth the risk when the killer likes picking off couples who stay out too late? Award-winning author Meg Medina transports us to a time when New York seemed balanced on a knife-edge, with tempers and temperatures running high, to share the story of a young woman who discovers that the greatest dangers are often closer than we like to admit - and the hardest to accept.

Couldn't finish listening to this book.

This is basically written for middle school level reading. Immature and terribly boring. Definitely do not recommend.

Loved the time period, subject, characters, writing, etc., and the performance was really great. I love when the narrator actually sounds like they're from the same area as the characters and can pronounce everything right (whether it's a real-world accent or a fantasy title's terminology).

A Blast from the past, this is the story of Norah's struggle with family challenges while at the same time graduating from high school and getting ready for college and independence. With the backdrop of the 70s in New York from Son of Sam serial killer, blackouts, and disco Norah negotiates being a teenager but having to make serious adult decisions when her family fails her.

Interesting insight to the summer of Sam as a teen

If you could sum up Burn Baby Burn in three words, what would they be?

Daisy was a smart chick. She thought for herself and didn't let her ignorant, old-school mother's ideology confuse her. She knew her mom was off but she loved her anyway. There was a part where her dad said something to the effect that, hey, he helped with child support now and then...and she said, that's a basic effing requirement daddy boy...and I didn't a mental happy dance. The girl wasn't naive in the least.

I loved the ending because it resolved the story so well...everything was well covered and final and satisfying.

Summer Lovin', Had Me a Blastttt