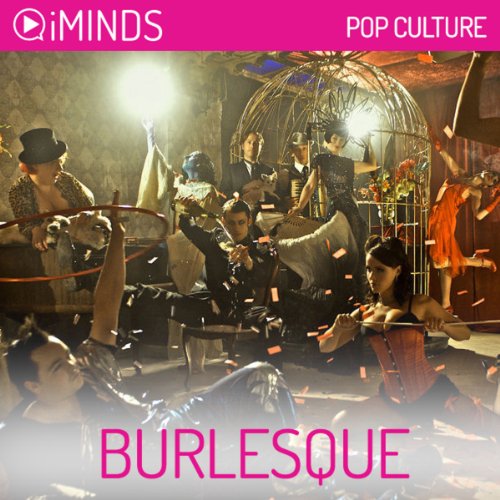 By: iMinds
Narrated by: Ellouise Rothwell
Try for £0.00

In this educational installment of iMinds, listeners learn about the history, meaning, and present-day incarnation of the burlesque art form. Today's pop culture phenomenon that invokes Moulin Rouge and Dita Von Teese was not always in the theater. At one point the term burlesque was used for satirical literary works. Australian actress Ellouise Rothwell reveals that fact and many more in a densely packed micro-course that covers everything from gender roles to stripteases to Mae West to Austin Powers. Rothwell's smooth and savvy delivery is heightened by background music that would easily be at home in the Crazy Horse in Paris.

Learn about the development of Burlesque performance with iMinds insightful audio knowledge series.

Burlesque is a theatrical performance concerned with parody and exaggeration. But it didn’t originate in the theatre. In fact, the term ‘burlesque’ is believed to have originally come from the Spanish word for joke, which was “burla”. The term “burlesque” was used for satirical literary works from medieval times up until the eighteenth century. Such works which can be described as burlesque include Geoffrey Chaucer’s Canterbury Tales and Miguel de Cervantes’ Exemplary Novels. But in the eighteenth century, the term “burlesque” began to be used to describe serious theatrical works being performed in an irreverent, comedic way. By lampooning the behavior of characters in serious, upper class entertainments, burlesque provided comedy for many in the lower classes. In England, as elsewhere in Europe, burlesque gained its popularity as a light-hearted form of theatrical entertainment.

What listeners say about Burlesque