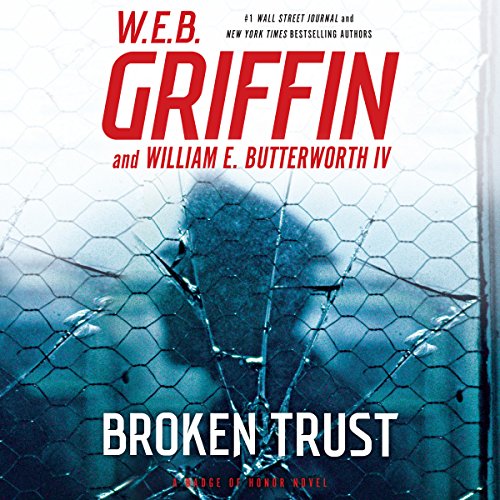 By: W. E. B. Griffin
Narrated by: Scott Brick

Having investigated his share of gruesome murders, Philadelphia Homicide Sergeant Matt Payne is beginning to think nothing can shock him - until the case of a young socialite's death lands on his desk. The Camilla Rose Morgan he'd known as a teenager was beautiful and brilliant - how was it possible she'd jumped to her death from her own balcony? Her brother tells Payne she'd tragically been battling a lifetime of mental demons, and there is plenty of evidence of it, but still...something just doesn't sit right. The more Payne digs, the more complications he discovers. Reputations are on the line here, and lives - and if Payne doesn't tread carefully, one of them may be his own.

Another great story. Keep them coming. I look forward to more stories of Matt Payne.

A glimpse into today's politics that really saddens you! Don't let that comment deter from a well written book that keeps you interested from page one!

I am pleased with the main characters and how they have developed over the course of the series. I know other readers have questioned the “time jump”, but I like the more modern stuff like cell phones, laptops, etc., being brought in. I think the author, is keeping the series going in the overall vein his father started! Keep writing, I’ll keep reading (listening on Audible)!

This is a wonderful story and great book. I’m very much looking forward to finding out what happens to Matt Pain.

This Review Needs A Title...So, I Gave it One

This series just isn't as fun as it was, perhaps because it has gone on for too long. It wasn't bad, just an adequate read.This episode flowed better than it's predecessor and it was much easier to follow. At only 7+ hours, it did not labor through the infinitude police bureaucracy--very much. There were too many uninteresting, undeveloped characters to keep track of--which contributed to the melee. Another I keep saying I'm done with Griffin..maybe a hiatus?

Wyatt Earp of the mainline!

I really enjoy the entire series and struggle to wait for the next one to come out. Awesome series. And if you are from the Philly and out laying suburbs you will notice all the landmarks or streets in book.

Definitely not his best in the series

I'm very disappointed. I love the other books in this series and listen to them several times. Not this time, though. The overall story may be setting up future books but the story in this one was less than interesting. I found myself dozing several times. I won't give up on the series but will be wary of the next one.

Not up to standard Griffin quality

I am a fan of WEB Griffin books and have listened to every one of them. While I enjoyed this book; the plot doesn't match up to earlier books!