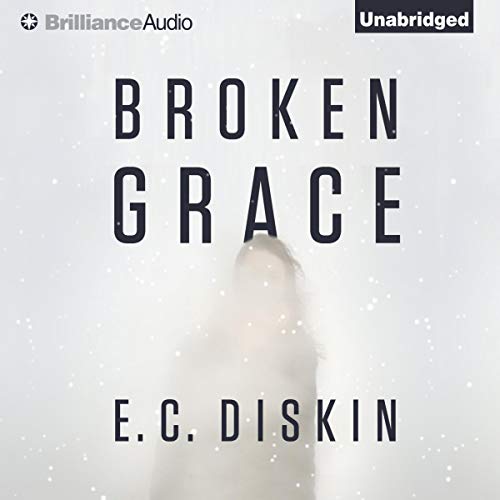 On an icy winter's day in southwest Michigan, Grace Abbot wakes up as the survivor of a car crash. But she's left with a traumatic brain injury and a terrifying reality: she can't remember anything.

Left in the care of her sister, Grace returns to the family's secluded old farmhouse to recover - but within an hour of her return, the police arrive. Grace's boyfriend has been murdered. Without any memory, Grace has no alibi.

With suspicion weighing heavily on her and flashes of memory returning, Grace searches for clues to her past. But with every glimpse, her anxiety grows. There is something about the house, her family, her childhood...perhaps the accident isn't the only reason she can't remember. Are the dark recesses of her mind hiding something even more sinister and terrifying than she could ever imagine?

And someone is watching. Someone willing to kill again to protect a secret.

What listeners say about Broken Grace

But why? But wait. But What?

This book is aptly named, from beginning to end. Even though it was highly predictable for me - it's pretty clear whodunnit, it's a matter of building the story around the evil doer - I liked the build up. And even though amnesia stories can become trite, this one had some twists that make it stand out from the crowd. It's really the last 10 minutes that make it worth reading. I saw it coming but was still thinking but why? And then wait. Finally, ugh, What!?

This one has it all--interesting characters, lots of police procedures, suspense that will carry you all through the story, and an ending that will stun you. Most interesting was the way in which one cop followed the clues in one direction and the other cop took a totally different path based on a prior relationship with one of the victims. Who will be right? Will they come together in time to save another victim? This whodunit is very well done with twists that will keep you guessing. I liked both the male and female narrators whose performances added a great deal to story. This is an easy listen and some might find elements of it a bit predictable; but all in all it is a good story that most mystery lovers will enjoy.

Amnesia stories can be infuriating while suspenseful. Not so here. Its a tragic story with tragic, if engaging characters. The mystery is a real twister that was simply brilliant.

Time will not permit me tto write a decent review, but the story is good enough to recommend highly.

3.5 Stars The Ending Was Deflating!!

I felt the story was well written and had a few twists and turns--but for me, fairly predictable. I like thrillers that keep me guessing but this one didn't. I did listen to the entire book because I wanted to know what was truly behind Grace's amnesia and her dysfunctional childhood. So there was something of substance to keep me listening, but it was a mediocre plot in my opinion.
The real villain was pretty easy to identify early on. Although some seem to have liked the twist at the end, I didn't. I think that it was out of character and couldn't really be explained by personal history or circumstances. This could have been 4 or 5 stars, the ending made it a 1 or 2, thus the 3.5

Emily Sutton-Smith and Scott Merriman were outstanding with the delivery of the story which made for a good book even though I hated the end.

I'm very happy to have gotten this unknown mystery at a deep discount. The writing is okaaaaay; the author gets the point across but there is no humor or memorable phrase in the entire novel. The characters are so difficult to care about, the narrators (one male, one female) so adequate-yet-bland, and some aspects of the story so distasteful (casual pedophilia) that I would have deleted the file if I hadn't been between "good" books, and just looking for a filler-thriller. I got that, and there was enough mystery to keep me listening. The last 20 minutes definitely surprised me!

There are enough holes in the plot to fill the Albert Hall, and all the professionals in the story - police, medical, psychiatric - are amazingly inept and should lose their licenses, and possibly go to prison. It's a heavily romantic story ("I knew she couldn't be the killer! She's so pretty!") and since that's a genre I avoid, I may be more-critical than I should be. Ultimately, I have to admit I enjoyed the ride, and while I wouldn't actively look for another book by E. C. Diskin, if the price were right, I might grab another someday.

It's awful to invest so many hours into a story and it's characters only to get to the end of the book and be left with more questions than answers. I'll never understand why some authors think I want to use my imagination to form my own conclusion. No bitch, I would write my own story if I wanted to do that! I bought yours so I didn't have to.

Diskin was lazy in her attempt to wrap up the ending. Several characters should have been revisited but never were and too many "mysteries" that had been strewn about the story were never solved. In the end, a lot of people had been killed but I'm not certain who killed who or why. I'm frustrated and very disappointed.

Just when I thought I had it figured out...plot twist! This happened many times during the book, which made it awesome! the narrators did a superb job, with the many different voices you knew exactly which character was speaking which made it very easy to follow.

I usually avoid Brilliance Audio. For some reason, I was lured by the great reviews. Shouldn't have. Broken Grace is the usual Brilliance drivel. Damsels in distress and gallant love-struck handsome men having grating, predictable dialogues. "Plots" that make no sense and are there simply to facilitate the "romance." If you are over 15 years old, avoid. I could not finish this. Annoying because I have made several bad choices in a row.

Hang in there, it's worth finishing

The writing could be slow and kind of immature at times and the story seemed predictable, but it was worth Hanging in until the end.

Decent story - I wish I didn't have to stop in the middle since I really would like to know what happened - But I have decide to personally "boycott" any story where animal cruelty turns up unexpectedly- especially when it seems as if the author is trying to get a reaction, and it is totally unnecessary to the integrity of the storyline- we already know this character is sick and abusive without it! I would like to make other authors aware of this and beg them not to do this. For me this causes a decrease in the quality of the work.