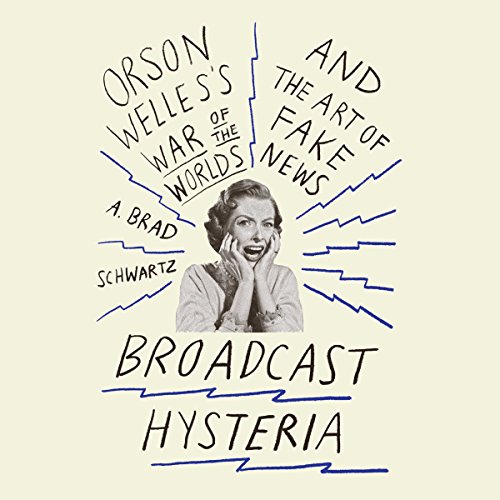 By: A. Brad Schwartz
Narrated by: Sean Runnette
Try for £0.00

In Broadcast Hysteria, A. Brad Schwartz examines the history behind the infamous radio play. Did it really spawn a wave of mass hysteria? Schwartz is the first to examine the hundreds of letters sent directly to Orson Welles after the broadcast. He draws upon them, and hundreds more sent to the FCC, to recapture the roiling emotions of a bygone era, and his findings challenge conventional wisdom. Relatively few listeners believed an actual attack was underway. But even so, Schwartz shows that Welles's broadcast prompted a different kind of "mass panic" as Americans debated the bewitching power of the radio and the country's vulnerabilities in a time of crisis.

What listeners say about Broadcast Hysteria

It reads like a work that started out as different articles by different authors and then got pieced together to make a book. It's an interesting read but needlessly long. So many points are made over & over again. I just feel like the editor was out of red ink that day and just said screw it.