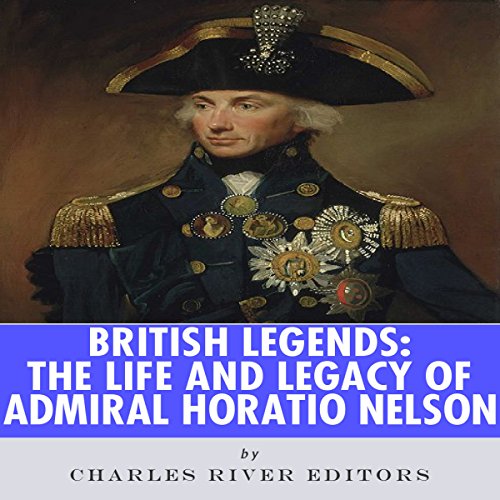 British Legends: The Life and Legacy of Admiral Horatio Nelson

"England expects that every man will do his duty." (Nelson before the Battle of Trafalgar)

Over the course of its history, England has engaged in an uncountable number of battles, but none of her military heroes has had a greater military legacy than Admiral Lord Horatio Nelson, 1st Viscount Nelson, 1st Duke of Bronté. Whether traveling to Trafalgar Square or one of the hundreds of pubs named after him, seemingly it becomes easy to believe that no Briton has cast as long a shadow.

Nelson is well known across the world for his decisive victory at Trafalgar, made all the more legendary by the fact that he was mortally wounded at the height of his greatest feat. And it is understandable that any man who could thwart Napoleon's ambitions as well as Nelson did would earn a place in the history books. But Nelson embodied every virtue of his homeland; a dashing, courageous military officer who was impeccably cultured, and, of course, the best at what he did. Indeed, as the personification of the supremacy of the Royal Navy, the man and his life had a powerful resonance well before his death. When Nelson's body was immersed in rum during the homeward voyage from Trafalgar, it is said that the sailors would steal a drink, thereby imbibing the spirit of their hero. Rum is still called "Nelson's Blood" in Britain's Royal Navy, and consumers can buy a spiced version at the pub in Burnham Thorpe. Nelson's strategy and tactics are taught at naval colleges around the world, and the current UK government is, more than 200 years after his death, considering establishing a public holiday on the anniversary of Trafalgar.

What listeners say about British Legends: The Life and Legacy of Admiral Horatio Nelson

Brief history of a complex man

Highly condensed recounting of the life of a truly remarkable man. He made errors in judgment, but learned from them. This brief study highlights the events that shaped the man who took shrapnel to the eye but remained on deck and in command. Who later had severe injury to the arm and demanded that it be amputated immediately and without anesthesia. His prowess as naval commander continued to grow almost as fast as his ego.
I got the audio on sale, and Phillip J Mather narrates like Darth Vader without the wheeze and with a British accent. Loved it!

What was one of the most memorable moments of British Legends: The Life and Legacy of Admiral Horatio Nelson?

Of course this has to be the Battle at Trafalgar when he was mortally wounded and became one of the greatest war hero's in British history.

A book like this which is about an important military person in British history could not have a better narrator that Phillip J. Mather. I bought this audiobook because I am fascinating with history and particularly like listening to historical books narrated by this narrator. Phillip J. Mather's voice is just perfect for any book about England, it has a special strength and deepness which makes one proud to be British.

This is an extremely interesting audiobook which contains many fascinating facts about Admiral Horatio Nelson, it captured my interest right from the start and I would not hesitate to recommend it to anyone interested in history.

Droning reading style but good all around.

What made the experience of listening to British Legends: The Life and Legacy of Admiral Horatio Nelson the most enjoyable?

It was alright, not the worst I'd listened to, but also not the best.

Narrator drones on quite a bit without much in the way of emotion used in his reading. The story and information was just fine for something so brief. It could have been better with a better performance.