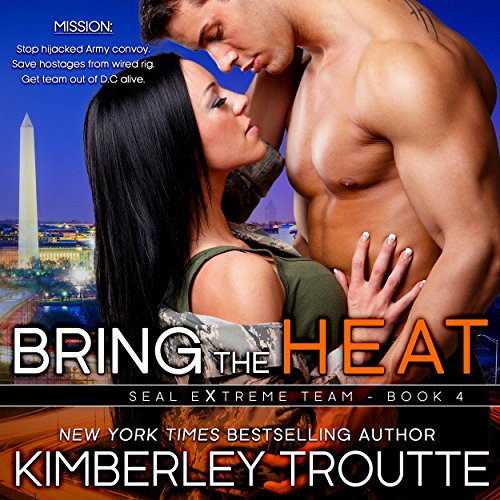 When hostiles ambush Jackson's Army convoy outside Ohio, he fights to keep the top-secret cargo out of enemy hands. But when his girlfriend is yanked out of the lead truck and forced to her knees, he steps forward to sacrifice his life for hers.

Army Specialist Rebecca Finlan can't look when the only man she's ever loved is gunned downed. Hostiles order her to drive her rig to Washington, D.C. where they will use the weapons she's hauling to hurt innocent Americans. Unless she stops them.

Tavon Sting is given an ultimatum by the hijackers - force his SEAL EXtreme team to deliver weapons of mass-destruction or his wife will be killed. For a man sworn to stand by his brothers and die for his country, it's an impossible choice. Protect the White House or save the woman he loves more than life?

Action from start to finish. I found the narrator difficult to listen to at the beginning but turned the speed down and it improved it a lot.
Glad Ive found another author to enjoy

I do enjoyed this series of books, I'll loved the characters,the action, you are drawn into the story in the first few pages. I read all four books in about 3 days they were that good.