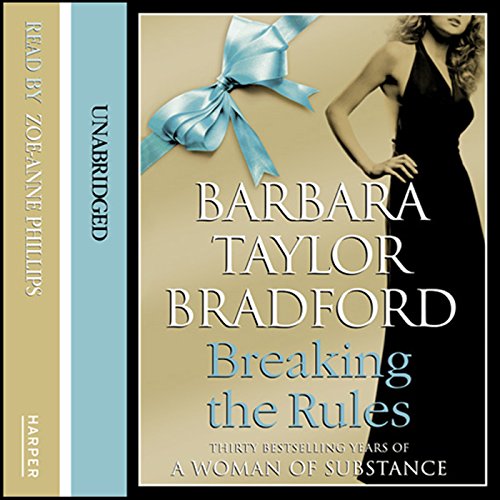 When those you love are threatened, there's nothing you won't do to protect them...you'll even resort to Breaking the Rules.

Following a terrifying encounter in the quiet English countryside, a dark beauty flees to New York in search of a new life. Adopting the initial M as her name, she embarks on a journey that will lead her to the catwalks of Paris, where she becomes the muse and star model to France's iconic top designer, Jean-Louis Tremont.

When M meets charming and handsome actor Larry Vaughan, they fall instantly in love with one another. Soon they become the most desired couple on the international scene, appearing on the front cover of every celebrity magazine, adored by millions. With a successful career and a perfect marriage, M believes she has truly put the demons of her past to bed.

But M's fortunes are about to take another dramatic turn when a dark figure from her past, someone whom she thought she'd never see again, is back and determined to shatter M's world forever.

From the chic fashion capitals of London and Paris to the exotic locations of Istanbul and Hong Kong, Breaking the Rules is an enthralling story of love and redemption, secrets and survival, from the best-selling author of A Woman of Substance.

very much a Mills and Boone type story. sorry but not keen on the narrator.

This is a classic case of how a good book can be totally and utterly ruined by a dreadful narator! Barbara Taylor Bradford's elegant prose and great storytelling is mangled almost beyond endurance by the stilted, wooden, plummy reading of an actress who can't even do a decent American accent! And this story begins in New York. It is a testament to the authoress that I persiveered with the book, because I wanted to know what happened, but I will never buy anything read by this narator again.

read FAR too slowly. really not a bit gripping. just couldn't care about any of them. not a patch on her first book.

Not too sure about this one

I'm finding this book rather difficult to listen to, I think it's the narrator. She sounds very wooden and plummy. Quite unnatural. I'm not sure if the book itself is bad, maybe would have a different experience reading it rather than listening to it. It gets a good review on amazon, so maybe it's just me.

Not the usual high standard

Sad to say this book was ruined by the narrator. I only got to chapter 5 before I gave up.

Really struggled to finish and could not believe it was written by the same author.