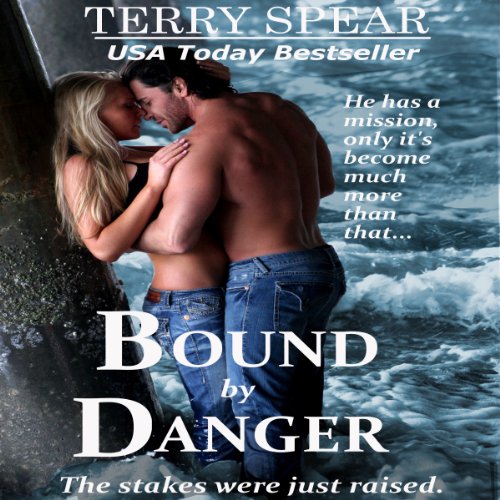 By: Terry Spear
Narrated by: Laura Jennings
Try for £0.00

Army officer Deidre Roux has hidden her psychic abilities until now. But ominous visions plague her and between the martial arts tactics her twin brother taught her and the hand-to-hand combat she learned in the Army - she's realizing just how important these skills are for her well-being. When a reporter moves in next door, she's not sure just what to think.

Dave Carter owns a gun - it is Texas - and comes to her rescue when her brother suddenly drops into her life again. From there it's the normal stuff that women and men tend to do when they're getting to know each other - boating, swimming, dancing - except for one thing... she's trying to keep her secret under wraps at all costs, which is difficult to do when she's under surveillance by the FBI, and people keep wanting her dead.

Could a reporter, who's not really a reporter, prove he might just have what it takes to keep her safe - for the long run?

What listeners say about Bound by Danger

The narrator is the biggest problem, the women sound like teenage girls and the men sound even younger. When things get "dicey" or "dangerous" the narrator sounds like Their taking a walk in the park. I think a different narrator could have really made a difference.

Would you be willing to try another book from Terry Spear? Why or why not?

I enjoy most of Terry Spear's work. However, I will stick to reading the books myself, rather than trying them in audio format.

Ms. Jennings read too quickly. Much of the story seemed like one run on sentence. Pauses between character changes, paragraphs, and conversations were too brief. It seemed as if Ms. Jennings were simply reading words on a page, rather than conveying a story, for most of the book. There was very little discernment between character voices, as well.

The main characters in this book did not evoke any interest for me. Deidre seemed too much of a pushover, and Dave came off as a bit chauvinistic. The romantic part of this book felt rushed and forced. While I am usually one to love a romantic suspense, this story could have done with more suspense and a lot less romance.

Terry Spear's Bound by Danger was a fast paced thriller that keeps you on the edge of your seat. Laura Jennings brings the characters to life and makes you want to stay put until the end. I look forward to more from Ms Spear.

Would you consider the audio edition of Bound by Danger to be better than the print version?

Hmmm tough question, but I would say no. The book or story by Terry Spear is what I think is awesome. I think the audio edition is a great way to multi-task because you can listen while doing other things except sleeping of course because they you would miss the story. I listened going to and from work. Definitely must think about who is in the car with you though because this was an adult book, so I couldn't listen when my son was in the car.

Deidre is my favorite character because she is a strong female who can kick some butt. I love when authors make their female leads women who can take care of themselves, but also down to earth and appreciative when someone does help them.

The end was my favorite, but I can't tell you about it because I refuse to ruin your adventure with details that spoil it for you.

I definitely laughed a lot, and I was totally sucked into the story while listening.

My Thoughts - 4 out of 5 Unicorns - I really liked it!!!
***Received a free code from the author to get an audiobook for an honest review

The cover is steamy and definitely draws the eye.

Okay, I think there are two aspects to look at for this review: the book and the audio.

I have been in a classroom where an audiobook was being played, but this is the first time I listened to a whole audiobook. For me, I liked that I could hear my book while I drove to and from work, so I was multi-tasking which is a great thing for me. I don’t know if I love the person reading the book though. I think I am going to have to listen to a few more audiobooks before I figure out what I really think because one isn’t enough to figure it out. I also have to start sticking to YA appropriate audiobooks in the car because my 13 year old son will also be in the car starting tomorrow. Please remember with audiobooks that you need to think about who else can hear your book before you start listening to it.

As usual, Terry Spear has another action packed story. Her descriptions are always awesome, so you can imagine everything happening as you go through the story. This story was so much better than I’d imagined which was idiotic of me because I should have known with Terry’s name on it that it would be awesome. But I was leery because it wasn’t one of my shifter books, they are my favorite. :)

Deidre is a fantastic character. I love how she handles herself and everything life throws her way including her visions. I really liked Dave as a character. Deidre’s brother and Dave’s co-workers added plenty of humor in the midst of all the action.

I will always reador listen to books by Terry Spear but especially her shifter books because they are favorites. I do have some of her YA audiobooks and will start listening to one tomorrow :)

Would you consider the audio edition of Bound by Danger to be better than the print version?

I have not read the print version. I enjoyed the audio version.

The non-stop action, the gripping suspense and the romance!

There were multiple scenes I really enjoyed. I loved the happy-ever-after ending.
The scenes in the safe houses - especially the one in Merritt Island, which is near my home.

Oh my! Gripping suspense... Non-stop action ... Sizzling HOT romance.... Numerous intriguing settings... Great Twists... and a Happy-Ever-After Ending that was absolutely awe-inspiring cool! I LOVE Terry's books and Bound by Danger certainly did NOT disappoint! I'd take a breath as one catastrophe was averted and then held that same breath as another one ensued!

Please know that I listened to the audiobook version of this book. The dialogue was polished and well-spoken and I had no trouble at all following the story. The main and supporting characters were all engaging. The story grabs you from the first few spoken words and doesn't let go until the epilogue wraps it up.

Deidre and Dave were our heroine and hero. Deidre was shy, an army officer with martial arts training, with a gift that she did not share out of her family. Her relationships had never gone anywhere as the strings pursuant to her gift would require a special person - one that Deidre didn't think existed. Dave was an FBI man, a former military. He was assigned to protect Deidre and her brother after they were targeted to die by an unknown party. He was all business and had never gotten emotionally involved in his cases... until he met Deidre.

I listened to this while running and forgot I was running. I gardened more than I'd gardened in a while... I just got carried away in the story.

What made the experience of listening to Bound by Danger the most enjoyable?

Terry Spear's ability to transport the reader into the story.

Deidre - she is a strong woman who knows how to take care of herself.

She did a good job.

I could see someone listening all in one sitting. Having 4 children makes this a bit hard. I got to listen each day on the treadmill.

I really enjoyed this story. It is a departure for Ms. Spear's paranormal stories that you usually associate her with. I would highly recommend this story