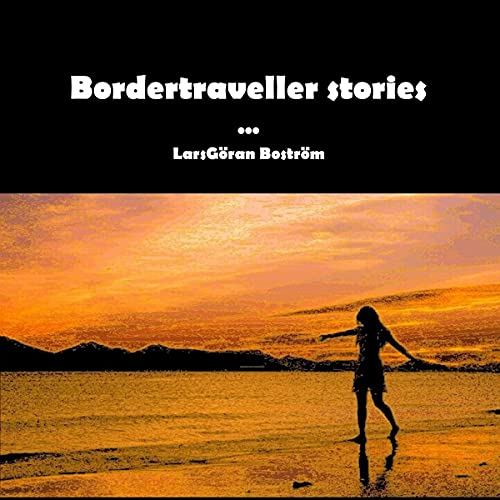 By: Lars Göran Boström
Narrated by: Natalie
Try for £0.00

A TIME PORTRAYAL FROM A EUROPEAN PERSPECTIVE.

This collection includes stories from different societal environments, their drama, and problems. At the same time as the book also is moving on another level in an underlying story. It is a time portrayal of a crumbling industrial society. Where dark clouds are covering the sky as it is no longer in line with the development.

The first story starts on a peaceful day on the beach. With an approaching mystery and ends in the eye of a storm in "Breaths" on the edge of destruction. A new society, the digital, is showing its youthful energy as the story is leaving the lighthouse behind. Like in all times of similar transformations the engines always have been a combination of new technologies and people that have shown the way.

It is these people that are the Bordertravellers. They, who with a humanistic spirit show the injustices in the old society but also works as the architects for the new, in both small and bigger contexts.

In this dynamic environment, we are meeting Emmy that during her teenage-years was affected by a brutal injustice and the current norms forced her to a suffering silence. Then one day she comes back to the place everything started. Or Zoe that despite unique top competence and talent is forced in accordance with the welfare state’s norms to clean floors due to her ethnic background. But she breaks out from this imprisonment. Or the timeless struggle between humanism and religious dogmas where the latter all too often develops into a monster. Or how men with power, because it is often men, stand defenseless when the wind of change blows, but they continue like Don Quijote to fight under bloodshed against windmill after a windmill. These are just some of the perspectives that are hiding in this collection of short stories.

In general, it is empowered by the dynamism of European philosophy and history, where Erasmus, Aristotle, Sir Francis Bacon, Martin Luther among others gives fuel to the stories.

What listeners say about Bordertraveller Stories