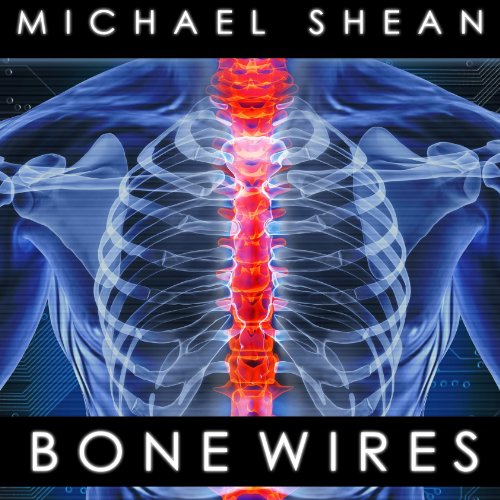 In the wasteland of commercial culture that is future America, police are operated not by government but by private companies. In Seattle, that role is filled by Civil Protection, and Daniel Gray is a detective in Homicide Solutions. What used to be considered an important - even glamorous - department for public police is very different for the corporate species, and Gray finds himself stuck in a dead end job. That is, until the Spine Thief arrives. When a serial killer begins harvesting the spinal tissue of corporate employees all over the city, Detective Gray finds himself plunged into the first truly major case of his career. Caught in a dangerous mix of murder, betrayal, and conflicting corporate interest, Gray will find himself not only matching wits with a diabolical murderer but grappling with his growing doubt toward his employers in the dawning months of the American tricentennial. A thrilling mystery set in the same world as the Wonderland Cycle, Bone Wires is a grim trip into the streets of the empty future.

This is a great cyberpunk crime story !

If you could sum up Bone Wires in three words, what would they be?

The way Grey developed as a character. In the beginning it was just a pay check but as the story progresses he begins to understand why he does this and it not for money.

the narration was good. James Patrick Cronin did a good job I would have loved to hear Ray Chase or Christian Rummel, they have a great deal of characters to draw from.There performance is more akin to voice acting

Michael Shean is a new Author this is his second book and a side story set in the same world as the Wonderland Cycle. That said Shean spins a tale like an old hand. I read "a lot" 60 -100 books a year (24-30 audio books included) he is off to a blazing start. I would recommend this book to any one in the sci-fi cyberpunk or crime story /murder mystery Genre. I expect to see great things in his future books and I am eager to read the next book in the Wonderland Cycle. I would also like to see what happens to Grey after this book !

Dan Grey was subjected to so many emotions throughout the story I couldn't imagine surviving all of them in a 12 hour period, yet he did.

So many twists and turns you never know who to trust.

Did not care for the foul language, while I understand that police locker room language can make a sailor blush I do not appreciate paying to listen to someone using the Lords name in vain or cursing and carring on. Made a good story distasteful