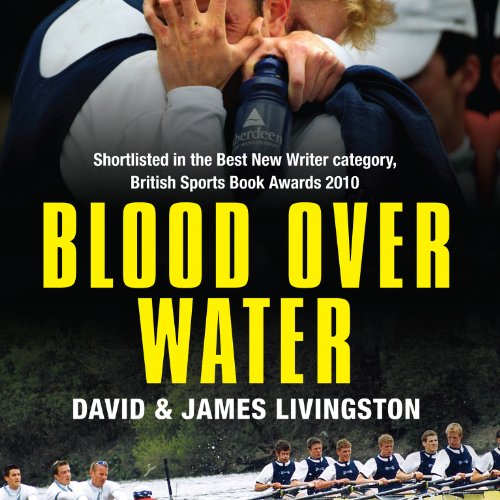 By: James Livingston, David Livingston
Narrated by: Joe Knezevich
Length: 11 hrs and 8 mins
Categories: Sport, Other
4.5 out of 5 stars 4.6 (7 ratings)

Shortlisted for the best new writer category of the British Sports Book Awards, 2010

In Blood Over Water, David and James tell their stories for the first time, giving an intimate insight into one of our best-loved national sporting occasions, whilst also describing a brotherly relationship tested to breaking point. It is an emotional and searching joint self-portrait that looks at the darker side of sibling rivalry and asks just what you would be willing to sacrifice to achieve your dreams.

Where does Blood over Water rank among all the audiobooks you’ve listened to so far?

It's a great story told as a first person narrative by the two brothers. It gives a wonderful sense of the total commitment required to row in the Boat Race and the strain it put on their relationship.

Would you be willing to try another one of Joe Knezevich’s performances?

No. I found his faux-British accent grating and his mis-pronunciation of words like Michaelmas, Eyot and Surrey were shocking and showed a lack of research on his, and the producers part. In places it was almost un-listenable.

I knew of the story of the Livingstone brothers and the Boat Race so I was really looking forward to listening to the audiobook. However it was pretty much ruined by the performance. Why the producers couldn't have got a British performer who was aware of how to pronounce the text is beyond me.

Brilliant insight into the boat race

Maybe even better than True Blue. Inspiring and introspective look into the boat race. Highly recommended.

Superb subject for any sibling or sports person

Loved the subject material and writing but less so the narrators voices. But that didn't stop it being a great listen