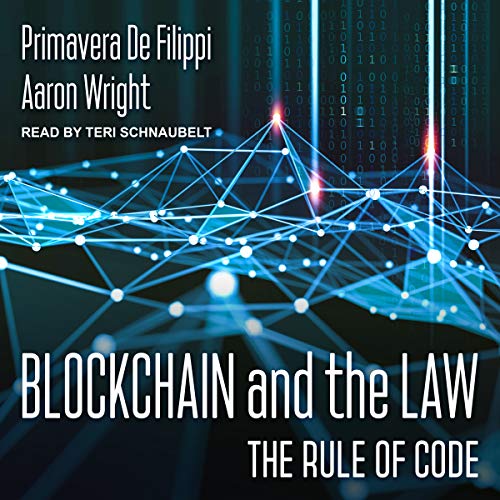 Blockchain and the Law

Since Bitcoin appeared in 2009, the digital currency has been hailed as an Internet marvel and decried as the preferred transaction vehicle for all manner of criminals. It has left nearly everyone without a computer-science degree confused: Just how do you "mine" money from ones and zeros?

The answer lies in a technology called blockchain, which can be used for much more than Bitcoin. A general-purpose tool for creating secure, decentralized peer-to-peer applications, blockchain technology has been compared to the Internet itself in both form and impact. Some have said this tool may change society as we know it.

Blockchains are being used to create autonomous computer programs known as "smart contracts", to expedite payments, to create financial instruments, to organize the exchange of data and information, and to facilitate interactions between humans and machines. The technology could affect governance itself by supporting new organizational structures that promote more democratic and participatory decision making.

Primavera De Filippi and Aaron Wright acknowledge this potential and urge the law to catch up. That is because disintermediation - a blockchain's greatest asset - subverts critical regulation. By cutting out middlemen, such as large online operators and multinational corporations, blockchains run the risk of undermining the capacity of governmental authorities to supervise activities in banking, commerce, law, and other vital areas.

De Filippi and Wright welcome the new possibilities inherent in blockchains. But as Blockchain and the Law makes clear, the technology cannot be harnessed productively without new rules and new approaches to legal thinking.

What listeners say about Blockchain and the Law

People who have dug deep into this field and the legal concepts will be drumming their fingers for awhile, because the book starts from ground zero of understanding, and builds toward the legal facets. The view is mostly more from 30,000 feet, as in, getting a deep understanding of where we are and where things can go, rather than nuts and bolts of threading through existing laws. But this is, I think, necessary, as this field is very much under construction. As I write, today, a couple major banks pulled back from creating crypto trading desks, and prices of the major coins plunged. Investors seem to be wondering if, when and how crypto will get traction and scale in the real (mainstream, lawful) economy. So, I want this kind of broader understanding and context to approach things as they unfold. Within its scope, the book is a model of clarity, and should be readily understandable to the relative novice. The treatment of smart contracts is the most complete and thoughtful I have seen (for such a popular format as this) -- helpfully keeping a neutral voice with strong critical thinking and exposure of flaws, unlike the (conflict-riddled, uncritical, "gee whiz") boosterism I have mostly seen elsewhere. This book is one of the best entry points I have seen into its subjects.

Fundamental errors in understanding the technology

Some fundamental errors in understanding the state and nature of blockchains make it difficult for the authors to come to the correct conclusions. For starters: blockchain and blockchain technology are very different things.
The term "blockchain technology" refers to a cryptographic encryption method which links hashed data in a consecutive manner, while the term "blockchain" by itself refers to a decentralized, open, public ledger that makes use of the aforementioned cryptographic implementation to time-stamp and secure transaction records. The latter implementation, which was introduced with the launch of the Bitcoin blockchain, is sometimes also (unnecessarily) referred to as public blockchain. The decentralization component of (public) blockchains makes transactions recorded in these types of ledgers extremely difficult to reverse. The necessary open collusion by a majority of network participants is unlikely to occur as the resulting distrust in the network would erode the colluding parties’ investment in computing power and/or allocation of virtual assets (stakes) in the blockchain needed for the manipulation to begin with. Because of these features, blockchains are also referred to as "trust-less networks," and the recorded transaction are considered immutable, a quality which enables peer-to-peer transactions of blockchain-native assets (coins) and digital assets created on a public blockchain via qualified smart contract.
It is also not helpful to view blockchains as databases or ledgers for that matter. The latter function is optional and not needed (and actually harmful) for most applications.
Most importantly, the authors fail to appreciate the state of money as legacy technology and the underlying problems currencies solve.

Absolutely fantastic narration that made for easy and engaging listening. insightful no with ominous and inspiring examples and insights.

A Good Overview of The Future

This book is a great addition to the many books on the market regarding Blockchain. My favorite is The Truth Machine followed by Blockchain Revolution. This book is a good follow up to those as it provides specific insights into how governments and laws might need to rethink how they operate in the metaverse.

Solid overview of the whole convergenceof law and

If you are looking for a overview and do not mind the bias, uncertainty everywhere, then this is a good book. I personally took some good points from the story and tried to not listen to the "tech can supplement law but maybe not" tone spread through it.

Great introduction for not technical people.

This book does a great job of explaining the 'why' blockchain technology is important and how it can change the world as we know it.