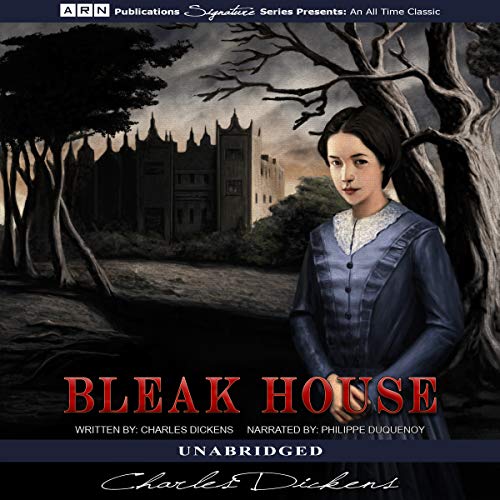 By: Charles Dickens
Narrated by: Philippe Duquenoy
Try for £0.00

At its heart, Bleak House is a 19th-century mystery and legal drama. This Charles Dickens novel tells the story of Esther Summerson and her quest to unravel the mystery of her true identity.

Orphaned as an infant, Esther is raised by Miss Barbary. Esther’s cruel guardian’s sadistic method of celebrating Esther’s birthday every year not only raises questions but shatters her sense of self-worth. When Esther does discover her true identity, it changes the course of her life.

Like many Dickens novels, Bleak House features a long list of quirky and interesting characters. Although at the time of publication, Bleak House did receive some criticism for the use of both third person and first person narrative, it has long been considered to be one of Charles Dickens’ best works and is often credited for spurring reform in the Chancery court system of Victorian England.

What listeners say about Bleak House