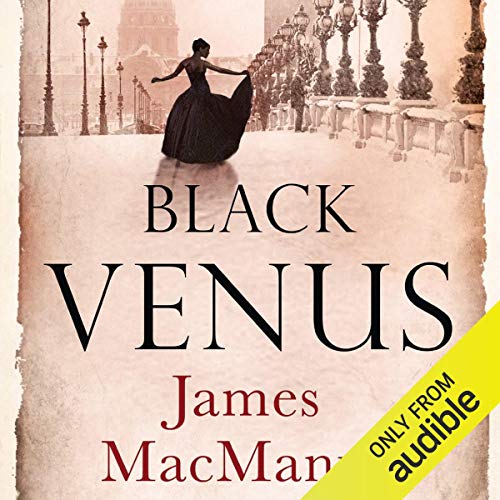 By: James MacManus
Narrated by: John Banks
Try for £0.00

A fictional biographical slice of Baudelaire's life and love with his famous Haitian muse, Jeanne Duval, Black Venus captures the artistic scene in the great French capital city, at a time when the likes of Dumas and Balzac argued literature in the cafés of the Left Bank. Among the bohemians, the young Charles Baudelaire stood out, dressed impeccably thanks to an inheritance that was quickly vanishing.

Still at work on the poems that he hoped would make his name, he spent his nights enjoying the alcohol, opium and women who filled the seedy streets of the city. One woman would catch his eye, a beautiful Haitian cabaret singer named Jeanne Duval. Their lives would remain forever intertwined thereafter, and their romance would inspire his most infamous poems leading to the banning of his masterwork, Les Fleurs du Mal, and a scandalous public trial for obscenity.

"Beautifully capturing bohemian Paris in the late nineteenth century MacManus creates a gritty and engrossing world in this beautifully crafted narrative, which will leave readers swooning and reaching for their favourite recording of La Bohème” (Booklist)
“A beautiful and gripping novel. A world that will entice you in and keep you reading until the end” (Kate Williams, author of The Pleasures of Men)

What listeners say about Black Venus