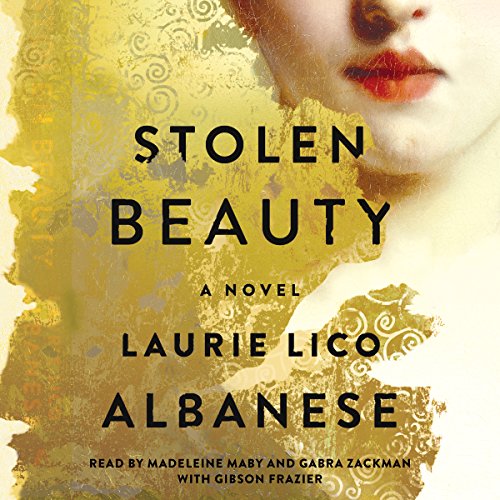 From the dawn of the 20th century to the devastation of World War II, this exhilarating novel of love, war, art, and family gives voice to two extraordinary women and brings to life the true story behind the creation and near destruction of Gustav Klimt's most remarkable paintings.

Nearly 40 years later, Adele's niece Maria Altmann is a newlywed when the Nazis invade Austria - and overnight, her beloved Vienna becomes a war zone. When her husband is arrested and her family is forced out of their home, Maria must summon the courage and resilience that is her aunt's legacy if she is to survive and keep her family - and their history - alive.

Will Maria and her family escape the Nazis' grip? And what will become of the paintings that her aunt nearly sacrificed everything for?

Impeccably researched and a "must-read for fans of Kristin Hannah's The Nightingale and Paula McLain's Circling the Sun" (Christina Baker Kline, number-one New York Times best-selling author), Stolen Beauty intertwines the tales of two remarkable women across more than a hundred years. It juxtaposes passion and discovery against hatred and despair and shines a light on our ability to love, to destroy, and, above all, to endure.

What listeners say about Stolen Beauty

Historical, biographical- dramatic, tragic- for me this story had it all- and I think it’s a topic for the times - relevant and worth remembering-

We are about to look at Klimt and the Secessionists at an art group I go to so I typed in Klimt in audible and found this book. It is superb and extremely well narrated exploring the relationship between Adele Bloch Bauer and Klimt especially. Strongly recommended.

Fascinating time period of Klimt and the Belle Époque.

This historical fictional novel is well researched and the period of the early 20th century is well depicted but I found the secondary story of the niece Maria somewhat flat and the readers voice /tone not suited to the time period . Overall very good story but something lacking in the writing .

This is an interesting and important story about an art theft perpetrated by the Nazis. Do yourself a favor—read the book and skip the audio version. The fake German accent employed for some of the characters was laughable and distracting.

I loved this book. I went to the Belvedere a few years ago, soon after Adele was gone. I saw the movie (Helen Mirren!) and so I loved this audible story. History of these times, well written.