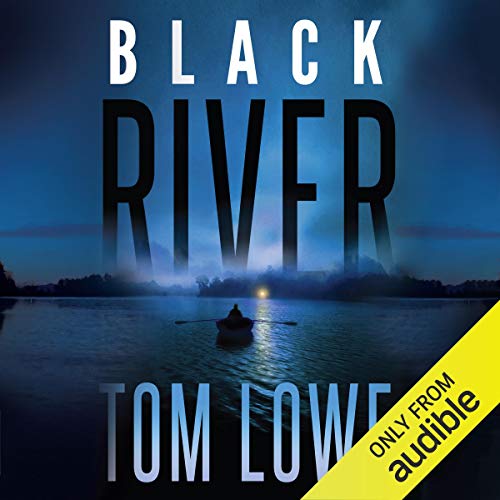 By: Tom Lowe
Narrated by: Michael David Axtell
Try for £0.00

When an old man sees an unidentified Civil War photograph of a woman in the newspaper, he begins a desperate search for a 160-year-old painting that he believes will match the image of the enigmatic woman in the photograph, and if it does, it will prove that his great-great-grandfather did not run from battle. After the old man hires Sean O’Brien to find the mysterious painting, O’Brien discovers it’s linked to a secret letter and map that will lead to a trapdoor where a hidden key to the most horrific war on US soil lies buried in mud at the bottom of a river. It's also linked to a new murder, and there are those who will stop at nothing to keep the information hidden because to bring it to the surface will rewrite American history.

What listeners say about Black River

Black River is the 6th novel in the 8 book Sean O'Brien mystery/thriller series by Tom Lowe. This is my 7th review of novels in the series. Sean O'Brien is a 40ish ex-Miami homicide cop who retired when his wife died of ovarian cancer. He is supposedly a commercial fisherman but his real work is as a private detective. This novel concerns murders related to US Civil War memorabilia. In Black River and other novels in the series author Tom Lowe does a great job of building suspense and folding in plot twists certain to surprise the listener. Narration is superb.

The women in these books need to have more substance. They need to have more depth/development than to just be there and be so enamored by the main guy. A little more background of the women would be nice. The story (excluding the women) is actually quite good.

Nothing beats a great imagination is a talented author. Tom Lowe takes the prize for sure. I have reviewed every book in this series so far. I'm actually listening to Book 8 right now...but I realized that I missed reviewing this book. I haven't been disappointed in the first 7 and don't expect to be disappointed in Book 8. The life of ALL the characters lies in the hands of Michael David Axtell. He's absolutely marvelous!!!! Up until I started this series, I had never heard his voice. But it *almost* makes me want to listen to a few science fiction novels...not my genre however. Because he was the chosen narrator for this series, it is a gift to us all.

I really love this Sean O'Brien series, Tom Lowe has myself totally hooked and can't wait until the next installment.

The sixth in the Sean O’Brien series finds Sean on the hunt for a Civil War painting . . . a fairly safe venture, wouldn’t you think? Well, think again. Hired by a local elderly man who shows Sean a photo he believes to be one of his ancestors accused of deserting during the war, the gentleman tells Sean the story of a replica painting commissioned by his Civil War ancestor. Sean trails the painting to the estate of a deceased woman whose granddaughter sold the painting to a local antique dealer. The man believes that the recovered painting will prove that his great-great grandfather did not run from battle and will clear their family name. This all takes place during the filming of a Civil War era movie with plenty of war re-enactors (some of who don’t seem to remember that the south lost that war), celebrities and film extras. Is the death of one of the re-enactors really an accident on the set? Or is it somehow linked to the lost Civil War painting? Espionage, murder and stolen artifacts linked to three countries make this tale one you won’t long forget. Nothing is exactly as it appears. Another sleepless night for me . . . but wow! It was worth it!

I really enjoyed the depth of this book's historical detail. Mostly, though, the narration is so good that I feel like these characters are truly enhanced by the different inflections and accents. I laugh out loud quite often, and look forward to the audio book. Thanks!

A very good book. Rebel secrets found out in modern day. The book has many mysteries that have to be solved in order to find a missing painting and the murderer.

story pulled me in right away and kept my interest throughout. naration was very good .

I love the Shaun O’Brien books ever since I read the Butterfly Forest...my first...but this one fell short for me. I generally like the dialogue of the characters but this seemed stilted and unrealistic. There were too many characters (from survivalists, to Indian and British operatives to whatever...that were again, unrealistically connected and it was all just a bit too much. I think Tom Lowe should stick to Shaun solving local murders and such with his wonderful central Florida Deland, Sanford, Ponce Inlet, National Forest characters speaking the way people really speak. Tom, that’s truly enough. Get back to the basics.