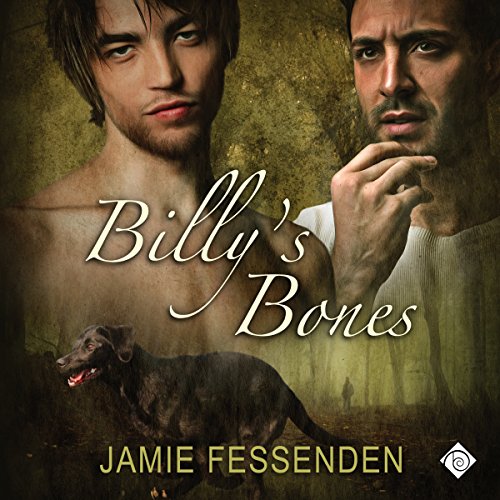 By: Jamie Fessenden
Narrated by: Gary Roelofs
Try for £0.00

Kevin Derocher was thirty-two when he walked into Tom's office, newly married, a baby on the way, and the collar of his red flannel shirt pulled up to hide the bruises around his throat from when he hanged himself in his garage. After his initial consult, therapist Tom Langois believes he'll never see Kevin again-but Kevin turns up three years later to make repairs on Tom's new house.

Kevin and Tom become fast friends, and Tom begins to suspect Kevin may be interested in more than friendship. However, Kevin remains haunted by something from his childhood-something so terrible he blocked it from his mind. These suppressed memories make it impossible for Kevin to get close to anyone without panicking and lashing out, sometimes violently. But as his past begins to surface, it becomes apparent that Kevin may hold the key to a twenty-five-year-old mystery: what happened to Billy?

What listeners say about Billy's Bones

Will definitely not be my last book by Jamie Fessenden!

I thoroughly enjoyed this book! The writing is great, with more depth and substance than many, or even most, mm-books. The story drags on a bit, and the narrator has an annoying habit of making every other sentence sound like a question, but honestly, that's nitpicking. Overall this was a great first meeting with a writer I haven't encountered yet, but Jamie Fessenden will go on my auto-buy list, along with Amy Lane, TJ Klune, Josh Lanyon and a few others. If you like these authors, you will enjoy this book.

I had bought the book (when it came out) I never read it, it just sounded painful.

I listened to this audiobook in one day, it was so freaking good.

I loved how the story came together and all my questions were answered. This might just be my favorite book of 2015. The narrator Gary Roelofs did a excellent job.

Would you try another book from Jamie Fessenden and/or Gary Roelofs?

I've read several books by Fessenden, including this one and picked up the audio book because it was on sale. If the same thing happens again, yes I will probably do so.

Would you be willing to try another one of Gary Roelofs’s performances?

Hell to the no! Terrible speaking voice, (he sounded like a muppet) inproper pronunciations, and weird inflections. he damn near ruined the book for me.

Stop letting Roelofs mumble through it. Hire Sean Crisden or Guerin Berry or nearly anybody else to read from now on.

Great for putting you to sleep

Would you try another book from Jamie Fessenden and/or Gary Roelofs?

Anything that isn't narrated by Gary Roelofs

Yes. Even at two speed the narrator was too slow. If you need help sleeping this book works a treat. I have never fallen asleep listening to a book before.

The book was fine I guess if you read it yourself but I just couldn't cope with the narrator.

Good Story. If at some points sad and tragic., but still made into a very enjoyable experience.

I’ve been digging through some oldies lately and they have been hit or misses. I’ve found some real gems, but also a few not so shiny examples. Billy’s Bones ends up in the not so shiny pile.

I'm not a fan of insta-love. I love slow burn romances where the relationship has a chance to grow. The getting to know you part. While there weren't insta-love in this book the friendship between Tom and Kevin came out of nowhere. I mean they meet when Tom needed a handyman to fix his house. Suddenly they are best friends, spending every second with each other - and a lot of it naked.... It came out of nowhere, and it might just be me but I was kind of reeling, wondering "how and when did that happen?"

With audiobooks I find it hard to talk about the writing. I mean it could be the writing in itself, but it could also be the delivery of the narrator, it’s not as straight forward as when you are reading the words in front of you. A great narrator can elevate a flawed book, make it stronger, the same way a narrator also has the ability to sink a great book with a poor delivery. Even the chemistry between the narration and the listener plays a role. That being said I wished the writing had been stronger. The events taking place didn't always have a natural flow. At times it felt choppy and disjointed.

As an example, Tom and Kevin are discussing Kevin's mental state, the PTSD and the possible causes for it, the next breath Tom is telling him that he's falling for Kevin. In the breath after that they are talking about Kevin's masturbations habits. No surprise that my head was spinning… The story kind of felt out of control.

Then there was the abuse scenes; on page and descriptive. I will admit that I have a bleeding heart and do not like to read (or listen) to explicit abuse scenes. However I do recognise that in some stories they are necessary. What I am against is when author uses rape, abuse or other kind of trauma or disability only to create drama or shock value to the story. So when the author adds a note to the beginning of the book explaining that the horrific scenes were added for the dramatic effect I was far from happy. But I decided that I still needed to give the book a chance.

Gary Roelofs' narration was not what I'm looking for. Monotone and unengaging are the two words that first come to mind. It felt like Roelofs read the words before his eyes, never connecting to them. This in turn made me feel distanced from the book and story. There was no change in tone no matter what was going on in the story, it was always the same flat infliction. With this kind of monotone narration I have a tendency to space out and go somewhere else, away from the story. I found myself asking what was going on, and that happened quite a lot throughout.

Unfortunately there wasn't much that worked for me with this story. The potential for a terrific story was there but it got lost in the writing and narration.

Gary Roelofs made this book unpleasant

If there was a better narrator.

What was one of the most memorable moments of Billy's Bones?

Would you be willing to try another one of Gary Roelofs’s performances?

No. At least not a Romance. Maybe a history book that doesn't involve conversations. But even then, the cadence of his speech is unpleasant enough that it still might be hard to listen to.

The actual story. It's just that Gary Roelof's performance made it difficult to get through.