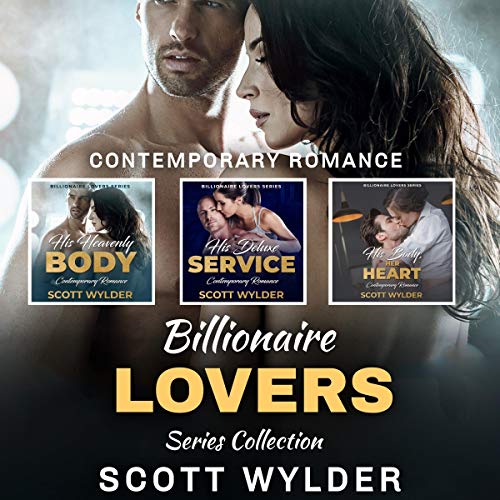 By: Scott Wylder
Narrated by: Caroline Szenfeld
Try for £0.00

I’ve always wanted to touch the stars. It's been my dream ever since I was a little girl.

Billionaire Silicon Valley prodigy Rob Michaels stole that dream from me. Sure, he's knockout sexy, charming, and clever. But he's also an arrogant jerk who'll do anything to see his company succeed.

I'll do anything to reach my dream - including working for Rob Michaels if I have to. Or tearing his company down from the inside.

But when Rob starts showing me a kinder, gentler side of himself, I have second thoughts.

Do I have what it takes to be as ruthless as he is?

I was never the kind to marry for money.

Until Rob Michaels offered me the stars, along with a billionaire fortune, glamorous career, and a private island.

The job comes with other perks, too. Like a model-hot coworker Anya Talova, who I still can’t get a read on, until I found out way more than I ever needed to know.

There are some risks. Like my husband’s revenge-driven brother (and his abs of steel) out to hurt my husband any way he can. Out to hurt him through me.

I was never the kind to betray my husband.

His Body, Her Heart

A hot and heavy romance keeps her physically fulfilled while her intense, high-status job as a president at a major corporation keeps her intellectually fulfilled.

But what about her heart?

When a newcomer makes her question what kind of romance she really wants, everything around her starts to crumble.

She finally makes a choice, but it might be too late to grab what she really wants. If she doesn’t act fast and act right, everything she’s ever needed could slip right through her fingers.

Could you give up on easy, hot-blooded lust in exchange for the challenges of lifelong love?

an enjoyable and entertaining box set of easy to read love stories that will keep you turning the pages.