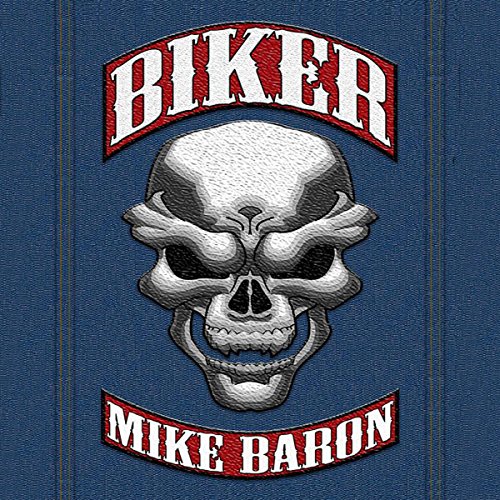 By: Mike Baron
Narrated by: Josh Harrison
Try for £0.00

From Michael Baron, the award-winning creator of Nexus and Badger, comes a tale of terror and suspense set against the backdrop of the outlaw biker culture.

Josh Pratt is an ex-con turned private investigator. A woman dying of cancer hires him to find the son she gave up as a baby. The child's father is a sadistic sociopath named Moon who has vowed to kill her for abandoning them.

Josh is the biker, caught up in a race for survival against a human monster on the road between heaven and hell at the end of which lies either salvation or damnation. Baron spins a tale of unrelenting suspense and horror that moves across his narrative landscape like the roar of a chopper's engine. Creating memorable characters and authentic backgrounds, this is an amazing, quality crime thriller unlike anything you've ever heard of before. The man who shook up the comic industry with his revolutionary stories now turns his limitless skill and imagination to the world of crime fiction and the result will blow you away.

What listeners say about Biker

Few books i could not finish, this is one of them.

Summary: Awful. Could not get past two hours. Very bad narrator...

Details:
I must be careful how i phrase this, now sure about the guidelines but i think you all know the kind of "mature entertainment" that starts off with some girl not having enough money to pay the big pizza guy...
This could be the script for one of those, granted, one with aspiration.

There is another review that puts it perfectly and initially i was wondering if the book was so bad i had already tried it, written a review and then suppressed the entire experience.

I did get to chapter 9 before giving up.

Also another way to put it is if you imagine a B action movie with first time actors trying to reproduce a Seagal classic.

And then there is the narrator... I will have to look him up out of curiosity. He is like Gilbert Gottfried reading 50 shades of grey. Google it.
He sounds like a post-pubescent reading a script that contains the first sex descriptions of his life and tries to act knowledgeable and tuff in the same time while recording it all in a bathroom.
Words fail me.

Best thing about this is that you can return it.
Worth trying it out. Will help you test your limits.

The narrator didn't do it any favors

It was bad, I couldn't get past the 1st chapter. Too much cliche, bad euphemisms and unnecessary description that made it come off like a bad biker noir. If you know a familiar saying or catch phrase, it's in there.

Biker and private detective lore combined with born again subtext is a great kid for an entertaining read. Two thumbs up¡