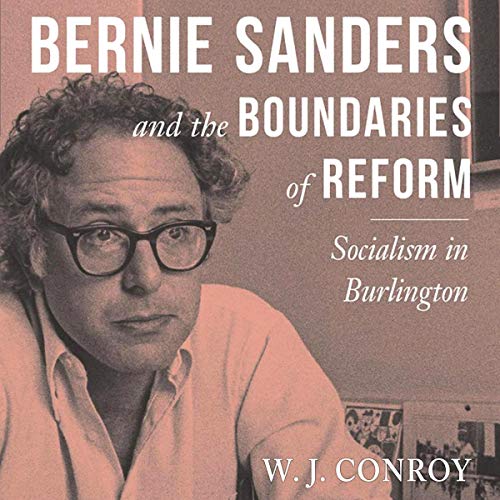 Bernie Sanders and the Boundaries of Reform

Today, Bernie Sanders is a household name, a wildly popular presidential candidate, and an icon for progressive Democrats in the US. But back in the 1980s, this “democratic socialist” - though some folks would prefer the term “social democrat” - was mayor of Burlington, Vermont, where his administration attempted radical reforms. Some efforts were successful, but when a waterfront deal failed, it was not due to Sanders' efforts; he would rather compromise and have a net gain than be an ideological purist.

In his preface to this reissue of the 1990 book, Challenging the Boundaries of Reform, W. J. Conroy reflects on the recent legacy of Sanders, his agenda for America, and his appeal to young voters. His audiobook then looks back to identify Sanders’ experience in Burlington by examining several case studies that unfolded amid a conservative trend nationally, an unsympathetic state government, and a hostile city council.

Ultimately, Conroy asks what lessons can be drawn from the case of Burlington that would aid the American left in a struggle to capture both government and civil society.

"Important reading for anyone interested not only in socialism, but in the future potential of radical democratic reforms, whatever the label." (Contemporary Sociology)

What listeners say about Bernie Sanders and the Boundaries of Reform

Sanders is a constant, stable man!

Bernie Sanders and the Boundaries of Reform: Socialism in Burlington
by W. Conroy
This is a book I received from freeaudiblecodes and the review is my own opinion.
This is from 1980 and describes Sanders campaign for Mayor, his ideals, and drive for America. What struck me the most astonishingly is that Sanders is still striving to get the same reforms past now that he was in 1980! Climate change, health care, and all the things that make life liveable. Common sense reform.
It's amazing that he was fought not only from the Republicans but also from democrats. Sanders was willing to compromise with Republicans to an extent on reforms believing that small reforms were better than none. More reforms could come later. Democrats didn't want any compromise. Republicans don't always compromise as we know.
This book just showed that Sander's values remain stable and he still fights for the public.

the rest of the reviews for this, as of my review publishing date, have been unfair to it. I honestly think they didn't read the book. this is a well research set of case studies of bernie sander's tenure as mayor of burlington vt. It shows how his policy aims overlapped and diverged from his more left supporters, mainly focusing on growth.

So glad not Marxist

Takes 47 fancy words to say what 10 could take of. Written flatulence to say “give me your money because I want to control it”. This book is a great example of a left academic attempt to define, categorize, and explain everything. This author is obviously not stupid, but wasted talents. Jesus Christ