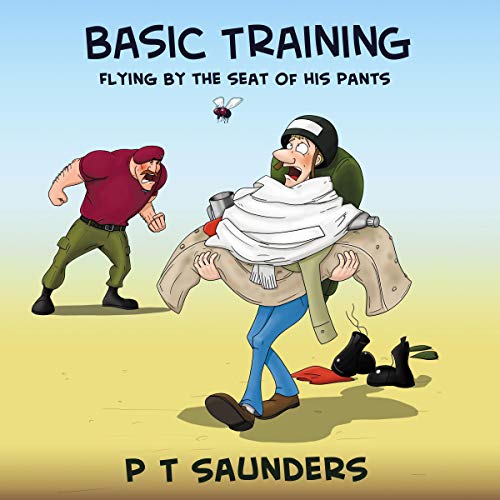 This is my first attempt at writing a laugh-out-loud comedy. It is a satirical look at what it’s like for your average 18-year-old who joins the elite British Army Parachute Regiment. From the initial shock of leaving home to the pride on donning the famous Maroon Beret.

However, this is not your typical book. The story is narrated by a very clever and sarcastic fly. If this fly were to be compared to a human, it would probably be a morphed version of Jeremy Clarkson and Billy Connelly. An outspoken, foul-mouthed, pompous twat.

Ben, a typical young layabout of the 1980s was uneducated, unemployed, and a pain in his mother’s arse. He had a habit of blowing his weekly benefits in just a few days. Spending most of it on alcohol and women that saw the young virgin as an easy ride. He also had eyes bigger than his belly, and would often take midnight snacks to bed, which on most occasions, he never finished.

So, when our fly happened to come across Ben’s shithole of a bedroom, it was as happy as a pig in shit with Ben’s regular culinary leftovers. Hence the reason he hung around for a while.

When Ben’s mum informs him that he has been accepted to join the British Army, the fly thinks it is highly unlikely that the teenage lazy slob would pass the basic training and decides to follow him on his epic adventure. That’s when the fun starts.

This book is embarrassingly funny from the first chapter to the last!

What listeners say about Basic Training