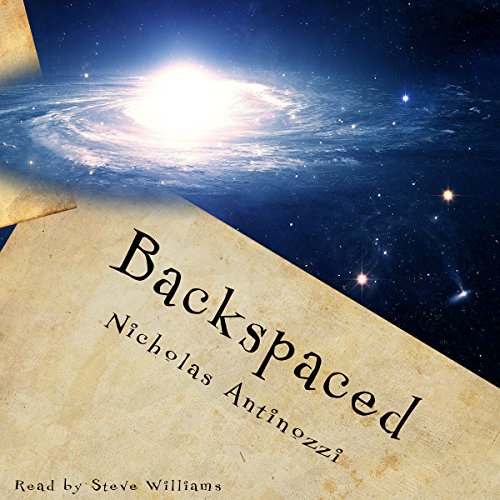 When a new breed of social media goes viral, schoolteacher Henry Hubert warns his students to steer clear of the website. Backspaced is unlike anything the world has ever known. The site allows users to rate their peers, anonymously, using review commentary and a star rating system. Rate whomever you like, or dislike, as often as you like, the choice is up to you. Meanwhile, in a bizarre twist of fate, two long-feuding families find themselves sharing a Saint Paul hospital waiting room. With no place to run, they are forced to put their differences aside. Back in their hometown, with two of his students in critical condition, Henry drives to the hospital to show his support. Suddenly, without warning, the city is placed under quarantine. The group in the waiting room soon learns the shocking truth: the quarantine spans the entire planet. "Bio-terrorists" have poisoned the atmosphere. An invisible, highly-toxic substance is now slowly falling to the earth. The Sixth Great Extinction has begun. The only good news is there is a vaccine to protect some of the population. The bad news is that supplies are woefully inadequate and the government is using technology to decide who will survive. A story as current as tomorrow's headlines: Backspaced will make you rethink everything you know about social media.

This book had me. guessing the whole time. Can't wait to hear more from My Antinozzi.

Beautifully written, I found myself lost in the life's of the people in this story. Not only a great story but a thought provoking, eye opening adventure.

I'm a fan of Nicholas Antinozzi's books. I never really gave conspiracy theory's much thought before I discovered his body of work, but he has a way of weaving a story that relates to every man and woman in our ordinary lives. This book was so timely too with social media and a virus scare.

The narrotor was comfortable to listen to. He wasn't really a voice actor, but fine to listen to and not in the way of the book at all (which can sometimes happen).

His writing is like a train that keeps speeding up with twists and turns. You get to the end of this ride and want more.

So: timely, sort of scary and a nice listen.