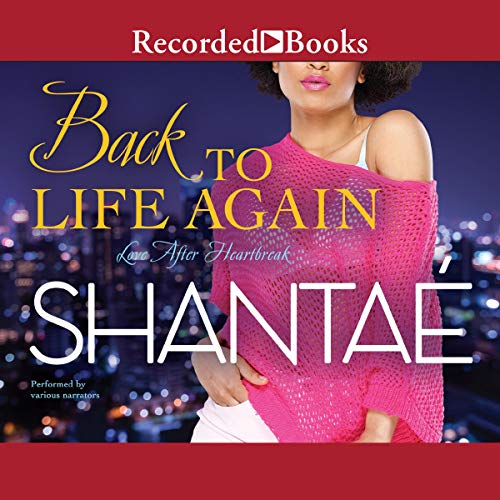 Back to Life Again

Back to Life Again

Real love was all they ever wanted. A man who would protect and not hurt them. Someone loyal who would always put them first. In Giannis and Rio, cousins Dakota and Breelyn have found that and so much more. The ladies have discovered that not all men are the same, and that when you least expect it, the love of the right one can resuscitate a deceased heart, giving it new life. Sadly, just as their lives seem to be moving in the right direction, tragedy strikes, and for one of the women, the happily ever after that they've always dreamed of is snatched away without warning. A life now hangs in the balance.

A known enemy has hit his family where it hurts, leaving Rah wondering if his heart can survive such a devastating blow. It's a pain so excruciating that it's making it hard for him and those around him to believe. He realizes that having the woman he truly loves by his side is what he needs to make it through this tough time. Has his realization come too little too late? After being rejected for so long, his secret lover has cut all ties with him, but Rah will stop at nothing to make her his again.

In this revealing finale, new couples are introduced, mystery lovers go public, shady business associates are exposed, and most importantly, obstacles will be overcome. The crew is bringing more drama, spilling unbelievable secrets, and settling old scores. With hate coming from every direction, they are even more determined to fight through and hold on to love like never before.

What listeners say about Back to Life Again

3 Things you Should Know

1. It's a dynamic great read! 2. You will think you know all the characters. So much so, you will look for them in your cell phone. 3. I promise you will share this book with a friend (male or female). It was my first time reading her work and I can't stop talking about it. It is well written and she can paint a wonderful picture with words. The book came to life as I listened to each chapter on my drive and while at work.

This book was a waste of time

Save your credit. This book was a total waste of 7 hours of my time.

Good close to Part I

I enjoyed both books and was happy with the conclusion as well as somewhat interested in the direction the next book could take with the characters mentioned. I did not enjoy some of the narrators and it made it harder to enjoy.

Why not the same narrator

Engaging until the end

I loved this story line and look forward to seeing what spinoffs come from this book. You realize within this story that family is everything. Great narration, but the names were pronounced different with the second narrators versus those in book 1.