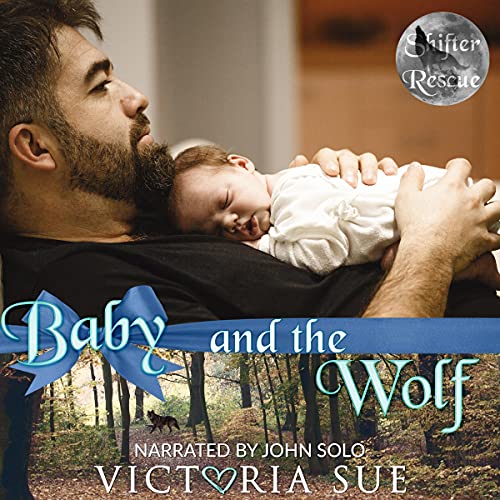 Baby and the Wolf

Just when Emmett thought things couldn't get any worse....

Orphaned at the age of nine and sent to live with his abusive uncle, Emmett Keefer felt his life was over before it even began. Eleven years later, desperation gives him the courage to run...right in front of a moving vehicle. Not his smartest decision, but he can't be too upset when he winds up in the arms of his gorgeous hunk of a rescuer.

As a mixed breed wolf shifter, Ryker Sullivan long ago accepted that he would never be Alpha of his own pack. Instead, he focuses on saving other shifters from being persecuted or, worse, killed for not being pure breeds. Getting involved with the human who ran in front of his truck would be a giant mistake, but he can't just walk away from nearly running over the guy.

The attraction is instant on both sides and giving into a one-night stand seems harmless, but neither man is prepared for the truth about Emmett and how his mother died...or how it will change their lives forever.

What listeners say about Baby and the Wolf

I love the drama in this story and they way these men find each other and the way they fit. They have so many things to face and deal with in this story but they become strong together. I also love the bit of preview of what is coming.
Listened to the audio version which I really enjoyed.

I loved this book when I read it and I loved it even more after listening to John Solo’s excellent performance. I love it when a favorite author and favorite audiobook performer come together and make something special like this.

I was gifted a copy of this audiobook but no review was required or requested.