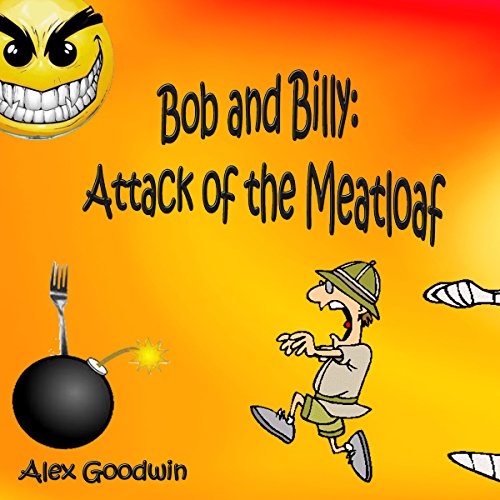 Attack of the Meatloaf

By: Alex Goodwin
Narrated by: Gary Roelofs
Try for £0.00

Bob and Billy, two not-too-bright characters, are working peacefully in the bomb testing field in the Death Valley. Everything is going according to plan until their cousin Billy-Bob accidentally pushes a nuclear bomb launch button. After that, all kinds of mayhem erupts. The plus side? Bob and Billy get super-powers that turn them into... you guessed it... super-heroes. And that's just the beginning!

What listeners say about Attack of the Meatloaf

What made the experience of listening to Attack of the Meatloaf the most enjoyable?

A great combination of a crazy, zany, fun, funny story and a perfect narration. Gary Roelofs is expressive and easy to listen to.

What was one of the most memorable moments of Attack of the Meatloaf?

The encounter with Dr. Meatloaf -- a great parody of action movies and action scenes. Funny!

Definitely made me laugh. I can't believe it was written by a kid. What a fun sense of humor!

Bob and Billy are back

Bob and Billy are back. This time they're bomb testing. This is an awesome jab at today's media.