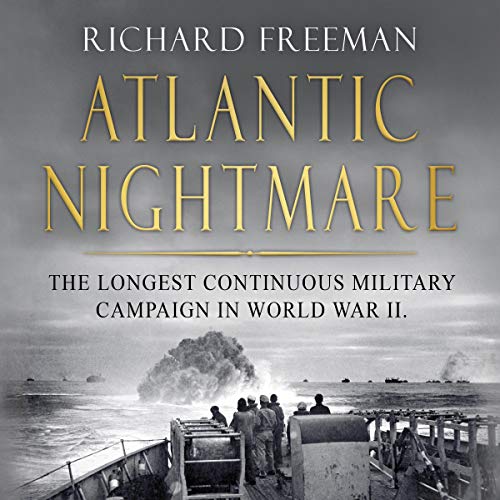 By: Richard Freeman
Narrated by: Will Huggins

The battle that Germany should have won?

No other battle of the Second World War lasted longer than the 2,075 days of the Battle of the Atlantic. It raged from the opening day of the war in September 1939 until it ended almost six years later with Germany’s surrender in May 1945.

Vital supplies of food, fuel, and the raw materials needed by the Allies to wage war had to be transported in merchant ships in escorted convoys across the Atlantic Ocean, where they were at the mercy of German U-boats and warships. At first, many were lost. The fall of France in June 1940 gave the U-boats bases on the Atlantic coast, and U-boat production increased, allowing the Germans to now hunt in "wolf packs".

How seriously did each side take the battle? How far were they able to innovate their way out of problems they encountered? Who made the crucial decisions on how the battle should be fought? How was the crucial battle for intelligence won?

Atlantic Nightmare identifies seven pivotal areas of the conflict to answer these questions.

What listeners say about Atlantic Nightmare