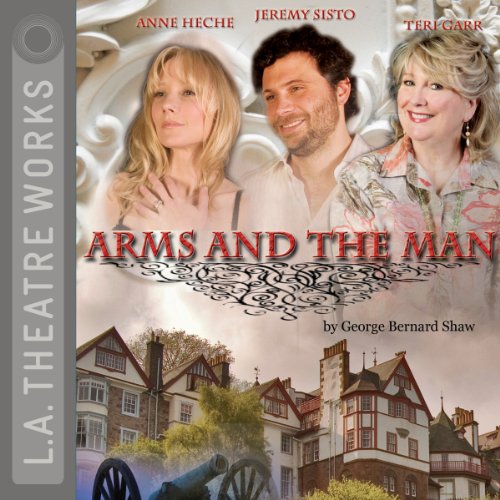 Arms and the Man

This witty masterpiece combines high comedy with social commentary as it deflates romantic misconceptions of love and warfare. First produced on the London stage in 1894, Arms and the Man is one of the most frequently acted and studied of Shaw's plays.

When Arms and The Man premiered, Shaw was already a celebrity art critic and socialist lecturer. It was so successful that it immediately established him as one of the greatest wits of London's theatre scene. Shaw subtitled the play "An Anti-Romantic Comedy".

What listeners say about Arms and the Man

Really quirky and halarious, like a modern reality show set in the 1800s, loved it!!!

GBS at his best ....well done by LATW again!

I love this play so very much.... LATW does such an amazing job putting the right pieces in place to do proper justice to this grand hallmark of GBS plays.