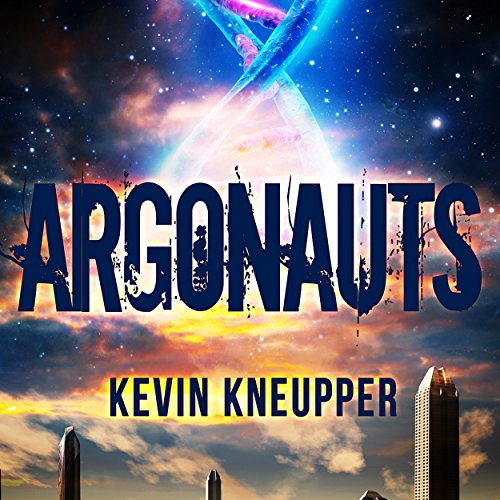 By: Kevin Kneupper
Narrated by: Kristin James
Try for £0.00

It's a new twist on an old myth.

It's the story of Jason, a wealthy son of privilege who longs to be a warrior. His father's death means Jason can finally join the Argonauts, an elite group of warriors who've overhauled their genetic code.

It's the story of Medea, a scientist who toils away in a lab changing people's genes. She gives the warriors their powers, but she never gets an ounce of credit. And now she's found herself fighting alongside them.

And it's the story of an adventure turned suicide mission, all for the sake of a crown.

The story of Jason and Medea is thousands of years old. It was once the subject of some of the greatest plays and poems in human history, but the myth has died away in recent years. We remember Hercules, but whatever happened to Jason?

Even if you're not a mythology expert, you'll find yourself recognizing pieces of the myths. Maybe you're a Game of Thrones fan who'll learn where the Harpies came from, or where Cersei Lannister got her name. Or maybe you're a Harry Potter fan who'll learn about the myths that inspired characters like J.K. Rowling's Amycus Carrow. These authors loved the myth, and you might, too.

Give Argonauts a try today.

You'll experience the myths. You'll wonder about the future. And you'll fall in love with Jason and Medea. Join thousands of fans and buy your copy today.

What listeners say about Argonauts

nice modern take on the story of J and the fleece

beautiful new perspective on the classic story of the Argonauts, Jason and the golden fleece!

this is such a excellent retelling of Jason and the Argonauts tale. The wisely trimmed the cast down to allow room for the main characters to shine. Has an interesting view of the future.