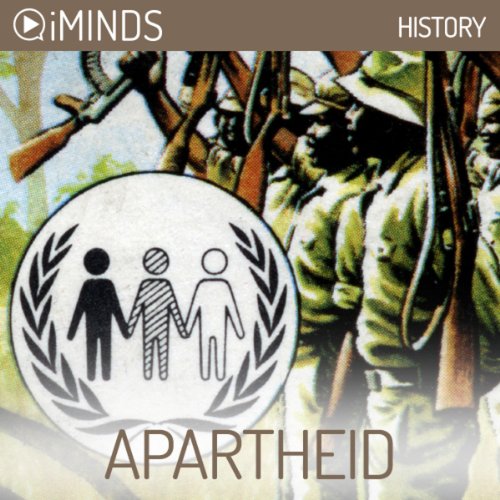 By: iMinds
Narrated by: David Whiteley

BBC documentarian David Whitely leads this inquiry into South Africa's turbulent history of racial inequality. From the forced labor practices of 17th-century Boer settlers, to colonial Britain's policy of segregation, to the formal institution of apartheid under Daniel Francois Malan, listeners will understand the history behind South Africa's centuries-long struggle for peace and equality. Whiteley explores apartheid from multiple angles: the heavy-handed and oppressive measures taken by the ruling Nationalist Party, the formation of anti-apartheid organizations such as the African National Congress, the bravery of activist leaders like Nelson Mandela and Desmond Tutu, and international resistance efforts, including boycotts and sanctions. Whiteley is fluid and direct, proving himself more than capable of synthesizing a remarkable amount of information into a brief but informative analysis.

Until 1994, only one quarter of the South African population voted in elections. People classified as ‘non-White’ were denied basic rights, including the right to vote. This system was known as “apartheid”. The word comes from Afrikaners, a South African language. It literally means “separateness” or “apartness”.

Colonialism in Africa occurred in waves. The first was in 1488, when a Portuguese boat moored in southern Africa. But it was not until 1652 that Europeans, this time the Dutch, established a base there which became known as “Cape Town”. The base was staffed by ninety men with the aim of providing provisions to the Dutch East India Company. This group became known as ‘”Boers”.

What listeners say about Apartheid