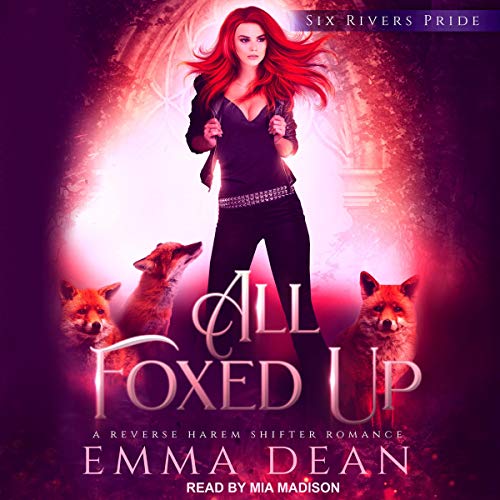 Kenzie made a deal with the foxes to live with them for six months in exchange for the potion that saved her sister's life. What she didn't expect was how much it felt like home, more than the house she'd lived in her entire life. But this agreement doesn't change the one she made with the Alpha of the West Coast Pride - and it isn't humans breaking into his warehouses, but something much, much worse.

What listeners say about All Foxed Up

A fabulous read, seamlessly continuing the story from book 1, the emotional rollercoaster never stops as the foxes continue to ensnare Kenzie's attention, making it harder for her to keep her distance as they try to save more victims and fulfill their obligations, I was hooked immediately, reading this straight after book 1 and couldn't put it down, I've got book 3 ready and I'm not stopping for anything - who needs sleep?

Good story, sucks you right in but the female narration of the male POV isn't good. No change in voice/tone.

Can not get enough of this world

I absolutely love the Council of Paranormals World. I am doing a complete “reread” in order. I think this is the third time I have read this particular trilogy this year.

Good story, Good character development, can't wait to see where the next one goes