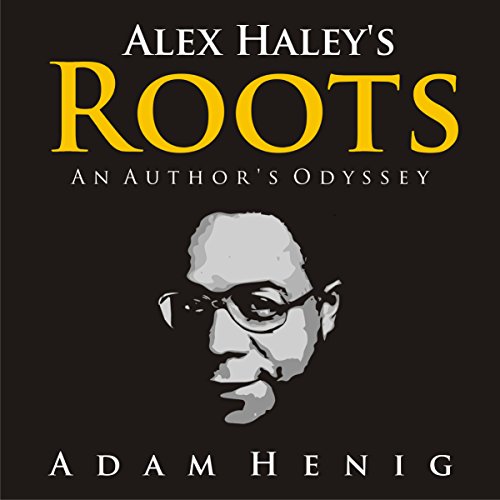 In 1977, when the New York Times declared that the television mini-series Roots was the "most significant civil rights event since the Selma-to-Montgomery march of 1965," its author, Alex Haley became America's newest "folk hero". His book was on the New York Times best seller list for months and won the Pulitzer Prize. His story had captivated a nation and then the world. From Idaho to Israel, it seemed everyone was caught-up in "Rootsmania." Alex Haley was on his way to becoming the most successful author in the history of publishing. That's when his troubles began.

Within a decade and a half following the publication of Roots, Haley managed to alienate most of his fellow writers and at the same time squander most of his wealth. When he died at the age of 70, his estate was auctioned off and his iconic book went out of print. What happened?

Based on interviews of Haley's contemporaries, personal correspondence, legal documents and newspaper accounts, Adam Henig investigates the unraveling of one of America's most successful yet enigmatic authors.

What listeners say about Alex Haley's Roots: An Author's Odyssey

The downside of fame

Adam Henig has put together a compelling behind the scenes on Alex Haley in the aftermath.

I never knew there was so much controversy. Fights with the publisher. Multiple lawsuits claiming Haley plagiarized large chunks of Roots. Wives, mistresses, girlfriends.

What I would have liked was Haley's side of the story. But he was long dead when this short history came out. But the absence of his voice, even quoted from other sources, leaves a hole for me.

Still this is an interesting nugget on the price of fame.

I should add that the author tacks on an essay about his own personal writing journey at the end. He talks about his decision to self publish and exposes some of the footwork he had to do to track down Haley's story. This part was almost more engaging because he could come from behind the mask of historian.

The Roots of Roots

The story of the book and the author is as interesting as the story the books tells. I always thought of Roots as historical fiction. It’s interesting that the book’s veracity was a point of controversy at one point. Odd that the writer says he made hundred of pages of research and only produced a 2 hr audiobook, 30 minutes of which is about his self-publishing journey. It was still interesting.

This was an enjoyable, short biography of Alex Haley. It covers extensively the ups and downs Haley experienced after the publication of Roots and the astronomical success of the TV miniseries. If you want to listen to Roots, listen to the recording by Avery Books. If you want to know what happens next, the final years of Haley’s life, then this is the book for you.

I feel as though my money was wasted. I wanted to listen to "Roots" the story not this anecdotal information about Alex Haley, his publishers, or editors. I am disappointed.