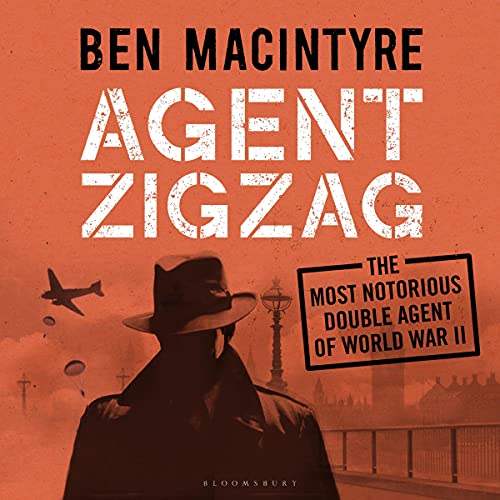 By: Ben Macintyre
Narrated by: Peter Wickham
Try for £0.00

One December night in 1942, a Nazi parachutist landed in a Cambridgeshire field. His mission: to sabotage the British war effort.

His name was Eddie Chapman, but he would shortly become MI5's Agent Zigzag. Dashing and suave, courageous and unpredictable, Chapman was by turns a traitor, a hero, a villain and a man of conscience. But, as his spymasters and many lovers often wondered, who was the real Eddie Chapman?

"This is the most amazing book, full of fascinating and hair-raising true life adventures.... It would be impossible to recommend it too highly." (Mail on Sunday)

"Macintyre never misses a delightful, haunting or terrifying detail.... Buy it for dads everywhere but read it, too." (Observer)

What listeners say about Agent Zigzag

very interesting story from start to finish. fact stranger than fiction. Well worth a listen

A case of fact being stranger than fiction

What an amazing story love lies and espionage better than any James bond story line.