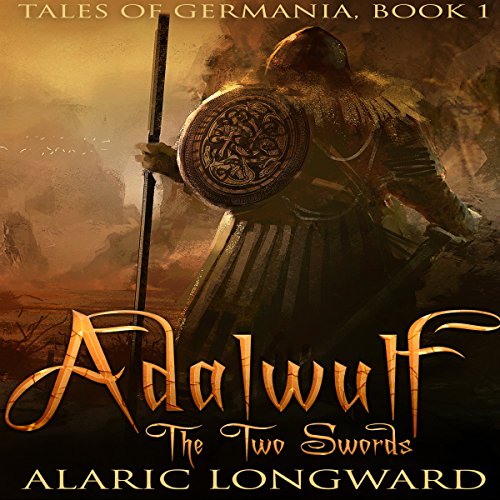 A young Chatti by the name of Adalwulf rides his stolen horse to the lands of the Marcomanni, hoping to find a ring-giver and a new life. What he finds instead is a mysterious priestess looking for him, his innate ability to fight like a demi-god, and plenty of trouble.

In the era of Augustus, the borders of River Rhenus are waiting for a change. While the Marcomanni have an uneasy peace with Rome, Rome is turning its eye to the north. The feuds of two Goth lords, Bero and Hulderic, thrust Adalwulf in a desperate quest that will determine not only his future, the fate of a high-born enemy, and the life of a woman he loves, but also the future of the whole Marcomanni tribe.

Will Adalwulf succeed in his quest of the Two Swords, even when he has to deal with Leuthard, the beastly champion of the Marcomanni, a strange band of mercenaries led by a murderer, and Roman traitors?

What listeners say about Adalwulf: The Two Swords