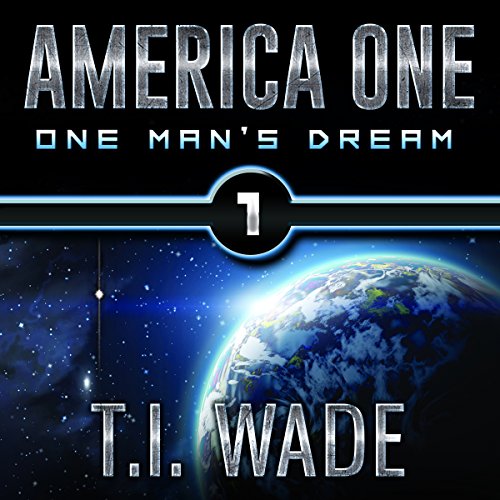 By: T. I. WADE
Narrated by: Steve Carlson

From the age of seven Ryan Richmond dreamed about going to Space. Now Ryan Richmond has $3 billion to play with, he is in his forties; and still wants to go to space. His only enemy; the U.S. Government who doesn't have its own space program-and wants his new spaceship; AMERICA ONE.

He sold his first company at 19 and employed the remnants of the Russian Space Program; a couple of the best Russian space brains in the world.

Ryan founded, and sold two more companies in his twenties, and then hired most of the European Space Authority. In his thirties he invested over $100 million into internet start-ups and Google, netting billions. Then he waited until NASA's Shuttle Program came to a sad end and employed the best brains in the U.S. Space Program.

Now he is in his forties, still wants to go to space - the only problem is that The U.S. government doesn't have a current space program of their own - and wants his!