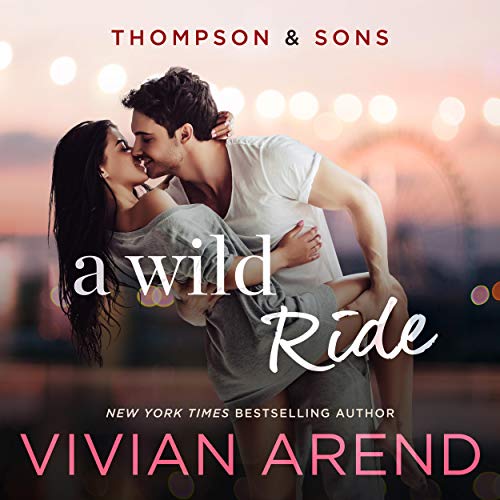 By: Vivian Arend
Narrated by: Tatiana Sokolov
Try for £0.00

He's the golden boy with a secret past

When Nicole Adams abruptly cancels their secret fling, Troy Thompson is stunned. The sex between them is sizzling, but she's ready to move on - find a reliable guy, settle down, pop out a few babies. The thought of Nic in another man's arms is maddening. And while her agenda freaks him out, Troy knows there's no one in town nearly good enough for her. No one, that is, except him.

She's his redemption and his future

Nicole doesn't regret her sexual romp with Troy, but when he insists on taking the next step with her - marriage and parenthood - she figures he's out of his goddamned mind. Troy? Husband and daddy material? Oh, he's sexy beyond belief, with the ability to melt her panties with a single command, but the man's not known for being responsible. Trying for forever with Mr. Frivolous? Everyone thinks it's a fool's game.

Everyone except Troy, who's determined to make Nicole see the real him under the shiny exterior.

What listeners say about A Wild Ride

The Thompson & Sons Series is a must read. Vivian Arend captured each Thompson brother with a distinctive taste of romantic fantasy. I was unable to stop reading / listening.

I cannot believe that there are no reviews written for this smoking hot listen! The Thompson brothers are absolutely delicious in this installment. The publisher summary is enough of a revelation that I will not risk any*spoilers*

Tatyana Sokoloff narrates a majority of Vivian Arend's audiobooks. I like to speed it up a little bit and find it does not affect the performance. Sokoloff deserves the solid 4 stars I've given her.

Unfortunately, this is the last book in the series.


*If you found my review helpful, would you please take a moment and select – yes – below? I also invite you to follow me here on Audible. Thanks for taking the time!