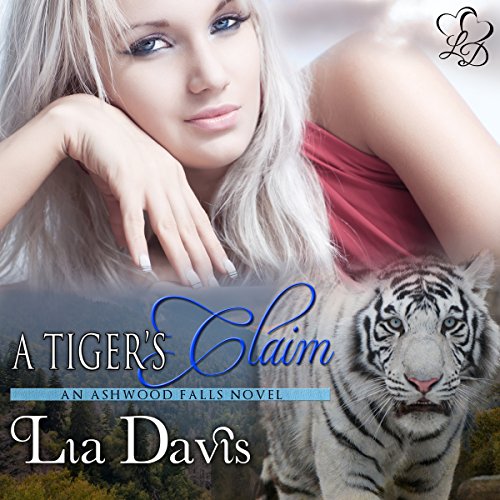 As the Alpha's only daughter Shayna Andrews has always been treated like a rare gem, protected like royalty, and she's suffocating. Her longing to be independent has driven her to sneak out one evening after dinner. After relishing in being able to run free without an escort, she finds herself face-to-face with the enemy, miles from home, and nearly loses her life until a lone wolf comes to her aid.

Travis Hunter's main objective is to destroy the Onyx Pack - a group of drug using, murdering rogue shifters. His seek-and-destroy plans are put on hold when he rescues a female from a brutal attack. The beautifully exotic tiger shifter, Shayna, stirs a passion he thought died with his long-lost mate. When Shay's first heat cycle slams into her, Travis has no choice but to submit to her needs--and his own. But there is always a price to sleeping with the Pack princess. Not only will they have to face her Pack, Shay and Travis will have to deal with a mating that is beyond a single night and could have consequences more than either of them had thought. And when Travis finds out Shay wears the enemy's brand, things will go from bad to worse.

Danica Welsh was born to be the leopard pack healer. An accident involving a drug induced youth left her badly burned and scared - emotionally and physically. Without the ability to heal by touch, she secludes herself to the edge of town, away from Ashwood Falls' overly concerned citizens. All hope of mating and family become a distance dream. When she finally starts to accepts the long, lonely existence ahead of her, a stranger crashes into her life, and her heart.

What listeners say about A Tiger's Claim

In this audiobook we got 2 stories, always a plus!

Winter Eve:
This was very short novella that was enjoyable but like I said "to short"! I would have loved more on Nevan & Danica. They had great chemistry and the characters are very interesting but they meet and say I love you the next day. I know they are shifters and have true mates so intsa-love is acceptable but at least a little build up would be nice.

A Tiger's Claim:
This story was much better in the build up department. Travis & Shayna have baggage but they come together and fight for what they love. These characters have a ton of chemistry. Their story is sweet with an Alpha Dad & a strong female.

The narration was good. I like that her male voices are just a little lower toned instead up unrealistically deep for a women's voice.

What an Amazing Book

All I can say is that I've found a new author that I will be keeping an eye on. This was a great book to listen to and a awesome start to the series. I can't wait to read more from Lia Davis and more of this series.

This book contains two short paranormal shifter mate stories. The first one is Danica’s story and the second is Shayna’s story. Each shifter finds her true mate and must decide if she can trust and love the man fate ahs chosen for her. They are sweet and fast paced stories that revolve around different shifter packs who have combined forces against the evil mutant shifters who are out to kill them all.

I was intrigued by the world that the author has built. It is full of interesting characters and not all of the shifters are perfect. Flaws are both mental and physical. The woman are strong and not portrayed as damsels in distress but as smart and having strengths of their own. I would have liked a little more depth to the characters and a but more world building but as a whole this book was entertaining. It was nice to see not only the mate relationships grow but seeing all the shifters find a way to coexist and help one another made for an interesting story. Narrator Keely J. Wolter does a nice job of giving life to the characters and keeping me interested in the story. Although there were a few times when the audio quality was not the best and had an echo sound to it.

I enjoyed this book. This audio makes you feel like you are living the story.

Good story that has well-written characters, a plot the flows nicely, and enough drama and romance to keep things interesting.

I love a happy ending

From needing space to finding the one who can make you whole. I so love a happily ever after

I loved this story and the characters. The narrator was great changing voices and even doing a child voice for the little girl.
this was my first book from this author but it was such a good story I would definitely like to read more.

Danger, love, family fill this story, I loved it.

Two stories in one with this audiobook.
Winter Eve - This was a short story that sets up the series. Danica was scarred and wanted to stay on the outside of her shifter pack. Nevan was human though he grew up with shifters. The heat between them was very steamy, and I loved how quickly they admitted to being mates. There was danger coming their pack's way, and they find a way to save one of the pack. I enjoyed this couple and the world in which they belong.
A Tiger's Claim - This was the second in the series and introduced the reader to more of the pack, their history, and the danger surrounding them. This was Shayna's story, and I loved her caring nature and how quickly she bonded with Travis and his daughter, Josie. I loved how Travis waited for Shay to admit to their feelings before pushing her. The story was full of danger, violence, and still lots of love and family. I recommend this story and look forward to more in the series.
On top of these wonderful stories, I want to mention the great job Keely J Wolter did in bringing these characters to life. I could feel the emotions through her narration and added to the story.

I received a copy of this audiobook through CBR Services, and this is my unsolicited review.

i really like this.. it was well written.. a fun story and interesting characters... the narrator made me curious.. i liked them. they brought the personalities to life. very good

Oh, this is so good. There is a lot more than romance going on with this one. The good and not so good side of paranormal in various forms is also presented to intensify the new relationships of this couple. Very well written. Shay is maturing and trying to figure herself out innocently setting herself up. Travis is all alpha and so confident in her, he boldly steps full speed ahead into caring for her. Shay needs some convincing and Travis has the patience and understanding to lead her. Great family circle/clan and seems to be two well connected romance stories in one. I am voluntarily reviewing, also received the free Audible version without obligation, so I do want to also mention that the narrator did a great job.