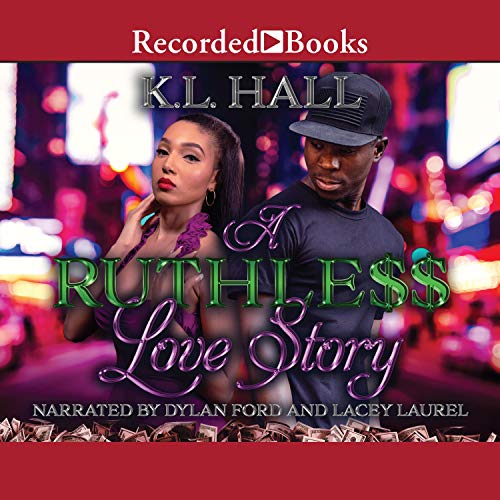 When love leaves 19-year-old Loyalty Wallace with nothing but a pair of bruised ribs, she finds herself with $500,000 in stolen cash from her boyfriend, Whip, and a target on her back. She plans to use that money to escape her toxic relationship, but what she doesn’t know is the money she stole wasn’t his to keep. It was a loan from the Belmonte family, one of the most dangerous families in the heart of the Big Apple.

Most children are taught not to play with their food, but Nevahn “Lourde” Belmonte was taught never to play with his money. He comes from a world of trappers and killers disguised as businessmen, so there are no college savings or 401Ks, only street money. As the only son of a street god, he’s next in line to inherit the million-dollar family “business” until his father throws a wrench in his plans. He must create a legacy, and he will not hand him the keys to the kingdom until he has a wife. With the lifestyle he lives, there’s no room for monogamy, let alone marriage.

When Loyalty’s actions land her in Lourde’s presence, he’s immediately drawn to her fearlessness and beauty. She just may be the girl he needs to get what he wants. When given the chance, he makes her an offer she can’t refuse. Over time, what was supposed to be just a “business” deal turns into much more than just six zeros scribbled on a check.

In A Ruthless Love Story, she will find out what it’s like to fall in love with a man whose reputation is almost as ruthless as his smile, and he will learn what it means to love someone unconditionally.

What listeners say about A Ruthless Love Story

Good book! I enjoyed it and can’t wait to read the sequel. Great read and I like narrator even though there was one voice that was weird I’m glad it was short because if it had of continued I wouldn’t have known what a great read I had.

the book was good wanted me to keep listening. definitely had my attention Even though you can tell how some parts are going to play out..

Just finished Pt.1, heading straight over to part 2. So many moving parts. This gettin juicy!

This is a good book. I try enjoyed the characters. Loyalty got on my nerve some. I loved me some Lourde💕😊. I was so excited to get to book two. I have not bought books by this author. Actually I love Dylan Ford. I listen to everything he narrates. I am so in love with his voice. Please keep the books coming and please continue to use Mr.Dylan Ford. The book is worth the credit.😊💕💞🍷