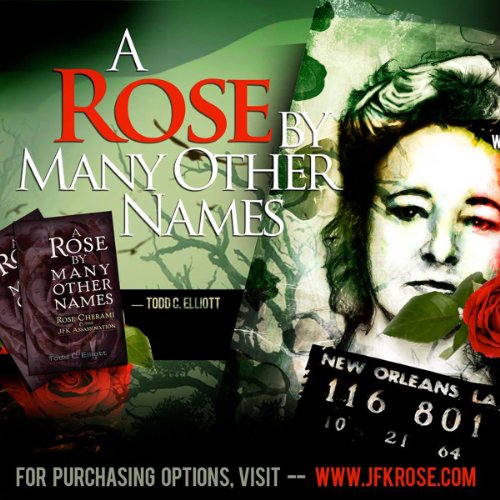 A Rose by Many Other Names

Shifting the focus away from the assassination of John F. Kennedy in Dealey Plaza in Dallas, Texas, to 48 hours prior in Eunice, Louisiana, this book explores the prediction made by Melba Marcades, aka Rose Cherami, that the president would be assassinated on Friday, November 22, 1963 in Dallas. Discounting clairvoyance, the book investigates the possibility that Rose had inside information about the assassination.

However, Rose Cherami was not a credible witness: she was a prostitute, a one-time performer in Jack Ruby's Carousel Club, an admitted drug trafficker, a drug addict, and a car thief. But the author's research reveals glaring omissions in her FBI files, questionable admissions regarding her criminal history, and the dubious details of her untimely demise. This book sheds new light on a relatively unknown footnote of the JFK conspiracy theory.

What listeners say about A Rose by Many Other Names