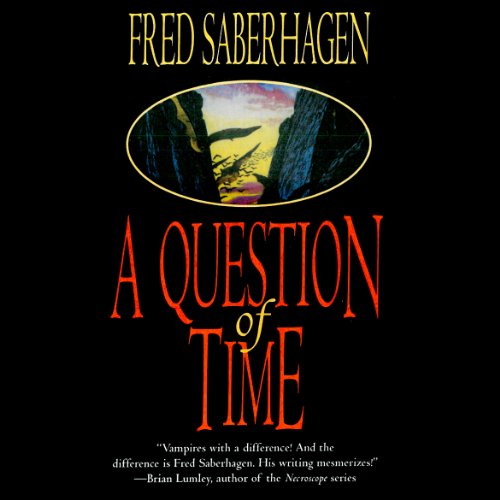 A Question of Time

Journey with Drakulya into the Grand Canyon where the Earth reveals her story layer by layer, where she hides her secrets in the Great Unconformity, and where eons of time are carved and scrambled in stone.

In the unworldly world of Deep Canyon, Drakulya confronts a rogue nosferatu sculptor who would capture in stone the awesome power of time, life energy, and primal consciousness. A nosferatu who would capture in time, anyone to serve his purpose, even a young runaway searching for her father and her remembered childhood home in Deep Canyon. Drakulya and his team of breathing assistants will need more than human weapons, more than the intellectual insights of Darwin, and more than the magical powers of Merlin, to rescue the captives and confront an alien consciousness within and of the Earth.

Drawn to the Grand Canyon where the Earth exposes her life line, Edgar Tyrrell, a nosferatu sculptor builds a home on the South Rim. Edgar would capture the very forces of the Earth in his stone statues. Hidden within a Great Unconformity Tyrrell's workshop offers a base from which he can work and travel through time. He needs helpers. A young woman artist from 1965 is entrapped. She lures a 1935 CCC worker into Tyrrell's camp. Together the captives are plotting Tyrrell's destruction and a way back to normal time.

Sixty years later, one of Tyrrell's young breathing relatives goes missing in the Canyon. Private detective Joe Keogh is hired for the search. Sensing the presence of nosferatu Joe calls on Mr. Strangeways aka Drakulya. Accessing the situation, Drakulya returns to England seeking the wisdom of Darwin, Merlin and his beloved Mina. Much more than a dangerous rogue nosferatu awaits in Deep Canyon.

What listeners say about A Question of Time

If you could sum up A Question of Time in three words, what would they be?

What other book might you compare A Question of Time to and why?

Hmm... Probably Dominion from the same book series. It has a similar quality.

I love his readings, particularly as Dracula or as he calls himself in this one "Strangeways." You know... Sometimes I think that vampire isn't even trying anymore with those aliases of his.

I don't know. Maybe Across the Sands of Time.

I noticed the final book of the series "A Coldness in the blood" is up for pre-order but not listed as being a part of this series. Someone really needs to correct that. At least it's still Robin Bloodworth listed as the reader.

Totally worth while, I loved it

Would you consider the audio edition of A Question of Time to be better than the print version?

I have never owned the print version of A question in time. I read some of the earlier books in print but now that their available on audio I'm very happy

The feeling of this story. It felt almost like a mystery to me, the plot not being fully apparent to the reader until the end. I listened to this book over a two day period (while cooking all our food for Thanksgiving) and I could not have enjoyed it more.

umm spoiler Alert! but I guess the point where the guy comes out of the grand canyon and he is back in the 1940's!