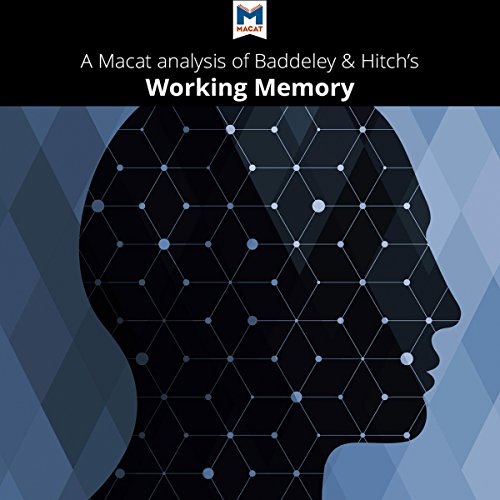 In the 1960s, researchers into human memory began to understand memory as operating under two systems. The first was a short-term system handling information for mere seconds. The second was a long-term system capable of managing information indefinitely. They also discovered, however, that short-term memory was not simply a filing cabinet, but was actively working on cognitive - or mental - tasks. This is how the phrase "working memory" developed.

Alan Baddeley and Graham Hitch wanted to find evidence to prove that short-term memory really could be described as working memory. Their 1974 work presents the results of 10 original experiments and concludes that working memory actually consists of three parts. Two separate components - one handling what we hear, one handling what we see - act as our short-term information storage. The third component is responsible for processing and managing the first two, while also influencing attention, reasoning, reading comprehension, and learning.

Although evidence from recent experiments has led to some modifications to the Baddeley - Hitch working memory model, Working Memory was and still is a highly influential paper in memory research.