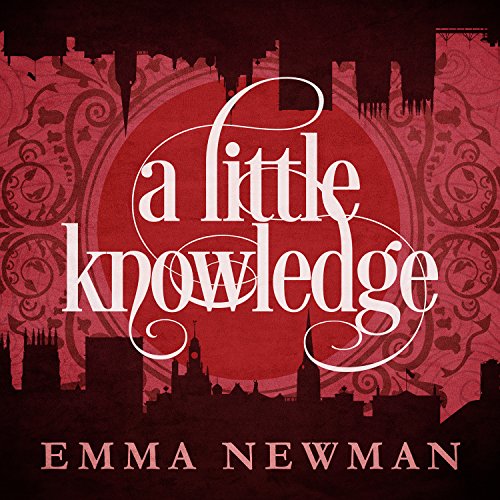 Cathy and Will are now the Duchess and Duke of Londinium, the biggest Fae-touched Nether city, but they have different ideas of what their authority offers. Pressured by his Fae patron, Lord Iris, Will struggles to maintain total control whilst knowing he must have a child with his difficult wife. Cathy wants to muscle the Court through 200 years of social change and free it from its old-fashioned moral strictures. But Cathy learns just how dangerous it can be for a woman who dares to speak out.

Meanwhile, as Sam learns more about the Elemental Court, it becomes clear that the Fae are not the only threat to humanity. Sam realizes that he has to make enemies of the most powerful people on the planet or risk becoming the antithesis of all he believes in. Threatened by secret societies, hidden power networks, and Fae machinations, can Sam and Cathy survive long enough to make the changes they want to see in the world?

What listeners say about A Little Knowledge

Story ok, the narration is not

I've read this series before some time ago and this is the first time I've listened to one of the audiobooks. I nearly gave up immediately because of the narration. There is very little variation of voice and a constant stress/whine used to express emotion. I kept listening whilst busy so it bothered me less, but I often wasn't sure who was talking.

There's definitely an interest that keeps you listening, but too often it felt like a melodrama, with way too much arguing over the same issue between Will and Cathy. It always infuriates me that in a genre where you can imagine anything, authors so often imagine a world where woman have to experience attrocities. Time to imagine a different world. A relatively interesting telling of an old format.

I counted the days till I could get my hands on this book. the plot thickens, as they say, and the author reveals more details and intrigues for minor characters that help drive the main plot. The journey that Will, Kathy and their relationship goes through in here is simply heart breaking. I loved every minute of it.

The first three books in the series are brilliant this one is something greater. Genius.

felt like this one meandered a bit. but am excited to see what happens next.

The narrator does an excellent job of reading the book. However, it is hard to follow in some places because she doesn’t use different voices for each character.