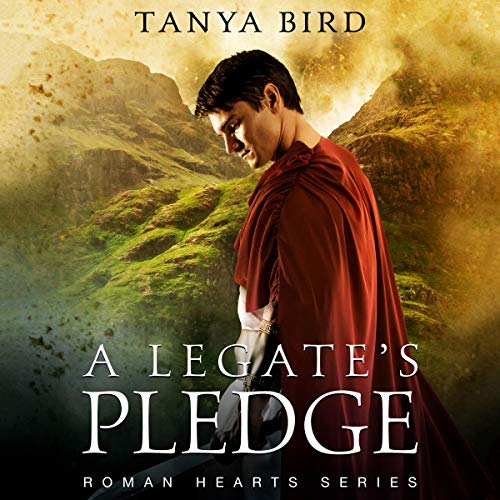 By: Tanya Bird
Narrated by: Tim Campbell
Try for £0.00

Brei is going up against the largest army in the world. As thousands march north to annihilate her people, she is ready to take revenge on those who have taken so much from her already.

If you want to kill a snake, cut off its head. If you want to destroy a legion, kill its leader. But what if the legate she hunts is not the monster she imagined?

When a surprise attack lands the young warrior in enemy hands, Brei soon realizes that the only person she can trust is the man she has sworn to kill.

General Nerva Papias is fighting a war he no longer believes in. He leads his men north of the wall with orders to destroy all in their path. This is not a war against soldiers, however, but against the mountains they wade through and the ghosts that inhabit them. Then comes a warrior with eyes like two pools of fire and the face of a goddess. He should kill her like the rest of them, but his mind is tired and his heart deceitful. Now, the woman he holds captive threatens to set his future ablaze.

This is the third book in the historical action romance series: Roman Hearts. If you enjoy a moving story with a strong female protagonist and plenty of thrills, then this tale of love and war is for you!

What listeners say about A Legate's Pledge

A wonderful story, brilliantly narrated and with a nice ending. I enjoyed how all the characters came together at the end also.

The best narrator of any of the 200 books I have listened to. Intriguing stories and heartfelt, with cruel and barbaric history thrown in.

I loved the two main characters, Nerva, the Roman general and Brei, the Maeatae warrior. Their story was exciting, with lots of action and very romantic. Well written and had my attention from the first to last page. Another wonderful narration from Tim Campbell. Love him voice!