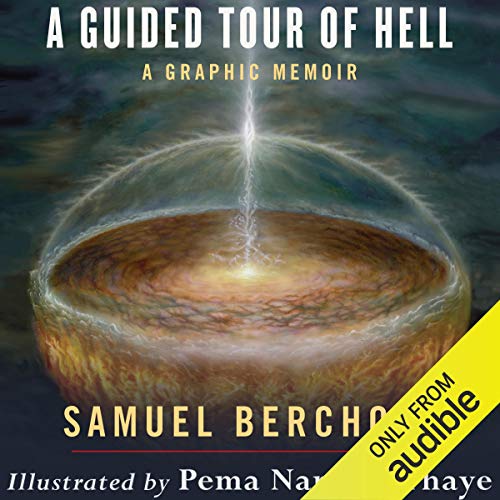 A Guided Tour of Hell

A Guided Tour of Hell

Take a trip through the realms of hell with a man whose temporary visitor's pass gave him a horrifying - and enlightening - preview of its torments. This true account of Sam Bercholz's near-death experience has more in common with Dante's Inferno than it does with any of the popular feel-good stories of what happens when we die.

In the aftermath of heart surgery, Sam, a longtime Buddhist practitioner and teacher, is surprised to find himself in the lowest realms of karmic rebirth, where he is sent to gain insight into human suffering. Under the guidance of a luminous being, Sam's encounters with a series of hell-beings trapped in repetitious rounds of misery and delusion reveal to him how an individual's own habits of fiery hatred and icy disdain, of grasping desire and nihilistic ennui, are the source of horrific agonies that pound consciousness for seemingly endless cycles of time.

Comforted by the compassion of a winged goddess and sustained by the kindness of his Buddhist teachers, Sam eventually emerges from his ordeal with renewed faith that even the worst hell contains the seed of wakefulness. His story is offered in order to share what can be learned about awakening from our own self-created hells and helping others to find relief and liberation from theirs.

Wonderful - A must read/listen!

Incredible account of the hell realms as well as the process of how we get there and how we liberate ourselves and others from there. Gripping texture and descriptions, at first unnerving, and at last relieving. Thank you sir for your most excellent and sublime contribution for sentient beings (like me).