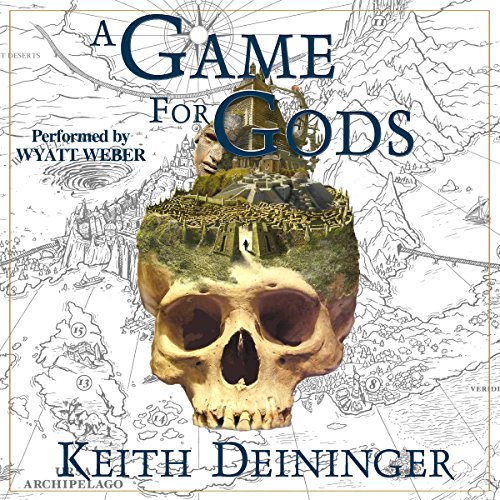 A Game for Gods

By: Keith Deininger
Narrated by: Wyatt Weber
Try for £0.00

Some say the world of Meridian is in its last age of existence. The Flood is coming, an event that will wipe the planet clean of corruption. But for humanity, there are more immediate troubles. A war is brewing between the decadent and industrial City of Talos and the rural territory of Nova.

When 12-year-old Ash Alexander is recruited by the Novan militia, his life - and the life of each member of his family - is thrown into chaos, into a war far deadlier than anyone could have predicted.

While Ash's sanity is tested against the horrors of war; a woman seeks to uncover the mysteries of the School of the Unseen in her lifelong quest to travel the world; a man will do anything to cure his wife of a horrible sickness; and the chief adviser to the ruler of Talos will align himself with grotesque and otherworldly beings in order to achieve his ambitions.

The game for gods has begun.

What listeners say about A Game for Gods