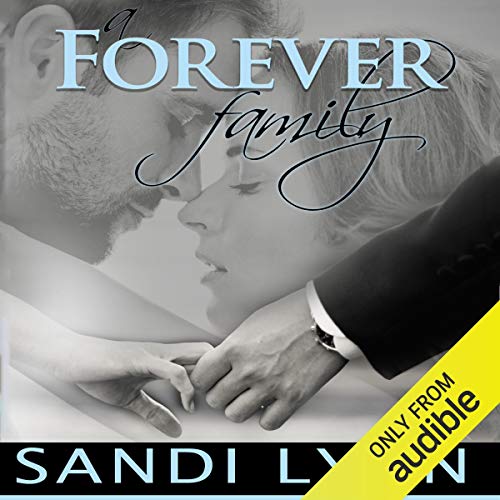 It all started one night when a selfless woman helped a drunken stranger get home safely from a club. Little did they both know that after that one night, their lives would change forever. A friendship was forged, an undeniable love was born, and secrets were revealed that took them on the journey of a lifetime. A family was created: a daughter and a son who were Connor and Ellery's world. Just when they thought life couldn't get any better, their daughter, Julia, gave them grandchildren, and their son, Collin, grew to be a man, just like his father.

Join the Black family in the final installment of the Forever Series as Connor, Ellery, Julia, and Collin continue to live life as they know it. Surprises will be revealed, and an unexpected fate will bring this family and their friends closer than ever before, creating an even stronger bond that can never be broken.

A Forever Family is intended for listeners 18+.

What listeners say about A Forever Family

sadly lacking in qualify of writing

I so enjoyed the first three books then Colin and Julia were just OK ..but this is so bad in its writing this is not the first Sandi Lynn book thats gone off, the story is there but I think they are rushed and the quality of the writing fails and who ever edits them needs to go back to school ,Compare them to other authors who write in the same genre and you will understand I sorry but no more for me , You need to go back and read the first three book and then this one ........sorry

I think this book is incredable, I love the series and i'm so sad that it's finally over.Sandi I think that your writings are brilliant and I will miss reading and listening to the black families loves and lives.

This was one of the best series I've ever read! I love it when an author takes us through a love story so strong and then takes us even higher with the next generation of the Black family! Now I will continue to float on this cloud of love, and family forever. Thank you Sandi Lynn!

Would you listen to A Forever Family again? Why?

What a way to end a wonderful Series!! Yes, I will listen to this series over and over again. I need to buy the books.

They were all good, but the voice for Julia was very high pitch - she made her sound like a very young girl (teenager) vs a young women (wife & mother).

Yes, I loved the part when Denny appeared to Julia, it was very touching. I loved Denny's character he knew how to control Connor.

These books would be perfect for a TV series!