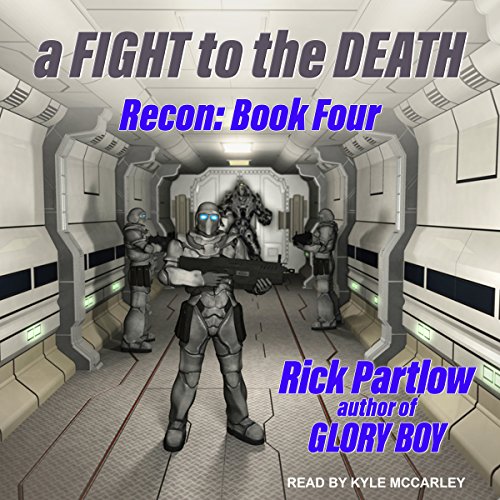 A Fight to the Death

It can really suck to work for relatives. Particularly when your uncle's an egomaniacal, power-hungry narcissist who wants to take over the galaxy.

Former Recon Marine Randall Munroe has been working as a hired gun for the Corporate Council for years, doing the dirty work of its Director, Andre Damiani, because he's had no choice - and because Andre is his uncle. But when Damiani gets his hands on incredibly dangerous alien technology, it's time to fight back.

Munroe has seen the lost wonders of the ancient alien race, the Predecessors, who vanished tens of thousands of years ago after terraforming hundreds of planets and setting up a system of wormhole jumpgates to allow us access to them. He knows that Damiani plans to use the technology to take over the Commonwealth government, and he's forced to go to the last person in human space he'd ever thought to ask for help: his mother.

A powerful Corporate Council executive, Munroe's mother, Patrice Damiani, once tried to force him into the life she'd planned for him as her protege, and his response was to join the Marines. Now, they have a common enemy: if her brother Andre takes over the Commonwealth, he won't have any compunction about disposing of his rivals and enemies, and Patrice Damiani has been his rival since they were born.

Munroe has his own problems, though. His handler, a former cut-throat mercenary officer named Calderon, has begun to suspect that Munroe and some of his team of door-kickers have been conspiring against Andre Damiani. Calderon didn't need another reason to hate and resent Munroe, and if he catches him, he won't hesitate to kill him and everyone he loves. This time, there's no way out for Munroe except a fight to the death....

What listeners say about A Fight to the Death