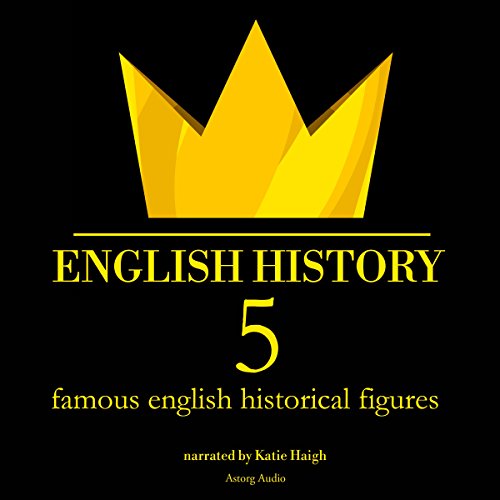 Five famous English historical figures, five controversial characters of almost legendary proportions, that have to be well-known and understood if one is interested in knowing about the English spirit and history.

Sir Francis Drake was a sea captain and a privateer of the Elizabethan era; his exploits made him a hero to the English but his privateering led the Spanish to brand him a pirate.

Henry VIII was king in a time of extreme religious unrest, and became such a bloody monster that he was eventually called the "English Nero".

Richard III is one of the most divisive and enigmatic figures in British history. His real tragedy was both personal and political; his story, replete with intrigue, murder, war, and treachery.

Son of a thug, Thomas Cromwell rose up from the back alleys of rural Putney to be Henry VIII's right hand man, and was destroyed in the moment of his greatest triumph, ending up on the scaffold; he was the mastermind behind Henry VIII's divorce from Catherine of Aragon. The king wanted to marry Anne Boleyn and used Cromwell to begin the breaking of the power of the Catholic Church in England; the divorce was eventually pronounced, Anne married the king, and it all ended with her beheading.

Discover the tumultuous and bloody history behind all of these fundamental characters.